SPAL take on Cremonese in the final match of the 31st round in Serie B.

SPAL have pretty much saved themselves from relegation although a few more points will be useful. Cremonese, however, are at the top and need all the points they can get from the remaining rounds.

Both sides had some games with a bunch of goals lately although that did not always include goals from both sides. We are mostly betting on this because of the head-to-head games between these two teams. They played four times over the past year and three of those games had both teams scoring goals. We expect to see either a 1:1 or 1:2 in this match, so consider these for additional bets.

Obviously, Cremonese are the much better team and that was proven once again in recent weeks. SPAL did not lose too many games at home lately but overall, they have been quite bad in front of their own crowd while Cremonese often play incredibly well. We think that the additional motivation behind Cremonese will help them win this game but even if it ends in a draw, we will be safe.

SPAL have not been great overall but they take some corners per game – an average of 5.00 per game this season. Cremonese's stats are similar – 4.80 corners per game but their most recent performances have included a lot more corners. In particular, they have taken an average of 6.00 in their last five away game in the league. We expect a lot of attacking football in this fixture and a good number of corners.

SPAL's season has been disappointing for sure but at least, they will not get relegated. They need a few more points in the upcoming rounds to feel completely secured. The team has not been good in defense and their goal difference is quite negative – 35:44.

Cremonese might not be the top-scoring team but their defense is solid and they make sure that they win against the weaker sides, which many of the other contenders failed to do. They managed to take over the top of the league and the question now is whether they will manage to keep it. We have seen new teams at the top after almost every recent round.

Top Betting Odds and Stats for SPAL vs Cremonese

FAQs regarding SPAL vs Cremonese 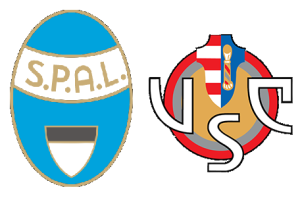 In which places are SPAL and Cremonese?

As mentioned above, Cremonese are at the top of the league. They have 56 points, which is just 1 point above the 2nd and third in the table. SPAL, in turn, are 15th, which is exactly above the relegation zone and have 32 points.