SPAL played a terrible game on Saturday, which they lost with 4:0. Reggins, on the other hand, won an important match against Crotone and brought themselves at a safe distance from the relegation zone.

As the two teams that sit right above the relegation zone and next to each other, this game is crucial and both sides should be extra motivated to take the three points.

It is a fact that the previous head-to-head between these two teams ended with three goals total. It is also a fact that Reggina are the perfect team for under 2.5 bets when they are visitors. Moreover, the team had just a single case with over 2.5 goals on the road this season and this is one game out of 11 total. Spal, on the other hand, are one of the teams with the most games with at least three goals in the league and 6/11 at home. Yet, we do not see how this will happen with Reggina's above-average defense and truly terrible attack on the road. They barely scored any goals this season and unless SPAL play their best offensive match in the season or the worst defensively, we do not expect to see goals here.

Reggina are not the best team for draws in the league and it is rare how few they had this season compared to all other teams – just 5 in 22 games. SPAL, on the other hand, had a total of 8 already and most of those happened at home. The team is in bad form and most of their recent results were either draws or losses. Reggina won their recent game over the weekend but when it comes to away games, they really are one of the weaker away teams. They haven't won a match in a while and we think that this match will end in a draw.

Spal actually scored quite a lot of goals at home this season – a total of 17 in 11 games. This is a rather impressive number for a team that resides near the bottom of the table but their most recent matches were quite the opposite – the team has not scored more than 1 goal in a long while. Reggina, on the other hand, are not perfect defensively but they also have had a lot of games when they did not concede a lot. We think that the teams here are absolutely equal in strength and we will see a serious battle in the midfield but few or no goals overall.

Top Betting Odds and Stats for SPAL vs Reggina

FAQs regarding SPAL vs Reggina 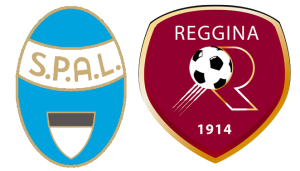 • In which places are Spal and Reggina?

As mentioned above, Spal and Reggina are exactly next to each other in the table. Both sides want to get as far from the relegation zone – Spal are 15th with 23 points while Reggina are 14th with 26 points.

The match between Spal and Reggina will be played at Stadio Paolo Mazza, which has a capacity for 16,134 spectators and is SPAL's home ground.