The new season in the Belgian Jupiler Pro League promises to be thrilling with an unexpected number of contenders. Sporting Charleroi is among the surprises of the season and will face the leaders Club Brugge this Saturday in a clash for first place in the standings.

Sporting Charleroi and Club Brugge's recent head-to-head matches were absolute battles on the pitch with fewer goals than expected. The match on Saturday, however, promises something different.

This selection may seem contradictory when you look at the latest head-to-head games between these two teams. It is a fact that all recent matches ended with less than 3 goals but at the same time, when you see the teams' performances during the new season, there is no other option. For example, here are both teams' latest matches. Sporting Chaleroi – 2:3, 5:2, 2:2; Club Brugge – 3:0, 6:1, 3:2. Both teams have similar styles and good players that know how to score goals.

If you are unaware of the essence of this particular market, here is an explanation. Each yellow card in the match equals 10 points while each red card equals 25 points. A single player can give you 35 points if he receives a yellow and then a red card. In this case, 45 points mean that there should either be 5 yellows or 3 yellow and 1 red card in the match.

But why is this line suitable for Sporting Charleroi vs Club Brugge? The Belgian league is known to be one of the “aggressive” leagues, which means that teams play rough and referees show plenty of cards. As a reference, here are the card counts for both teams' latest matches: Sporting Charleroi – 7, 8, 3; Club Brugge – 5,4,9.

It is important to mention that more than half of Brugge's games included at least one red card. Last but not least, the H2H games are also in our favor this time and Sporting Charleroi vs Club Brugges is often a “bloody” clash.

Ten corners is a lot and this particular part of the game depends on too many factors. Yet, in the case of Sporting Charleroi and Club Brugges, it is a particularly suitable choice. Both teams score plenty of corners in all of their matches individually. Since we can expect a fast-paced game, there should be enough corners for each team to cover our line. 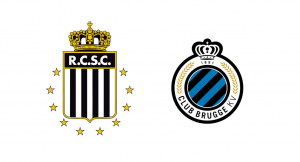 Sporting Charleroi Injury list: Who will miss the game?

Midfielder Ali Gholizadeh who scored 8 goals in 34 caps during the previous season will miss the match on Saturday because of his red card in the previous game. Also, Charleroi's defender Steeven Willems will also not make an appearance on Saturday. Willems has spent his entire career in Charleroi and although he is no longer a starting player, he is an important figure in the team's defense.

Club Brugge Injury list: Who will miss the game?

Brugge will start with their strongest line-up as they have no missing players among their typical starters. There are several typical substitutes and youngsters with injuries but their absence will not be impactful for the course of the match.

Which team is the favorite?

Club Brugge is listed as a heavy favorite for the win here despite the fact that they played a tiring match against PSG during the week. It should be noted that Charleroi has not lost a match this season. Overall, full-time picks should be avoided.