Two interesting teams from the bottom half of the Liga 2 table face in a match from the 20th round. We have two teams with completely different performances but similar results – which one will win the three points?

Both sides have been having some seriously interesting games lately with loads of goals. Given that the head-to-head games between them have also had loads of goals in the past, we expect this match to be incredible.

Normally, we wouldn't suggest this bet for these two teams but now that they are playing against each other, we believe we should see goals from both sides. The recent head-to-head games always had such results. Moreover, both teams have been playing better than usual over the past few weeks and scored quite a lot of goals. In fact, no other team has had this many goals as Vilafranquense lately. Their three most recent games had 18 goals total. In other words, the over 2.5 option is a great alternative, so you decide which one you favor more.

The three most recent head-to-head games between Covilha and Vilafranquense ended in draws. Not that this is a factor for the upcoming game but it shows that these teams are generally at the same level. Plus, they are almost next to each other in the standings and their performances this season have been quite identical. We do not expect any team to be much better on the field and we expect a match that will be decided in the final minutes. Based on the two teams this season, we believe that the draw is the most likely result.

We have two of the teams that have taken the lowest numbers of corners in the league so far. Especially when it comes to Vilafranquense, they have taken just 3.32 corners per match on average. On the other side, Covilha have taken an average of 4.11. In their home games, the team took 4.00 corners per game while Vilafranquense's stats on the road are quite impressively low – just 2.00 corners per match on average. We expect that there will not be more than 7-8 in this match but under 11 is a much safer line.

Top Betting Odds and Stats for Sporting Covilha vs Vilafranquense

FAQs regarding Sporting Covilha vs Vilafranquense 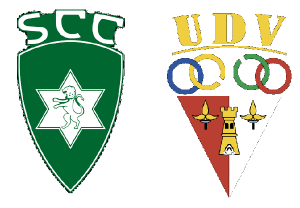 • In which places are Covilha and Vilafranquense?

This game will take place at Covilha's home ground – Estádio José Santos Pinto, which has a capacity for just 1,200 spectators.