St Patrick’s Athletic look to complete the job against CSKA Sofia when they meet the European opponents at the Tallaght Stadium.

St Patrick’s Athletic were able to bring out a decisive lead in the first leg after scoring in the 87th minute through Atakayi. CSKA Sofia have all the work to do in the second leg.

CSKA Sofia were unable to make the most of their excellent home form leading up to the first leg. The failure to score was a surprise and St Patrick’s Athletic now have a decisive lead to hold onto in the second leg. CSKA Sofia do not generally pick up positive results away from home with the team even having to rely on penalties in the qualifiers stage last season.

The first leg meeting between the two clubs showed that the upcoming game between St Patrick’s Athletic and CSKA Sofia is unlikely to be a goal fest. The two teams have plenty of reasons to go easy on pushing too many men forward especially in the early exchanges. The two teams are set for a cagey second leg encounter.

CSKA Sofia have plenty of European pedigree, but the failure to get anything out of the first leg has put the team in a very precarious position. Last season, the team reached the group stages thanks to away success on penalties against the likes of Liepaja. Manager Sasa Ilic comes into the game without Ivan Mitrev due to a fractured leg. 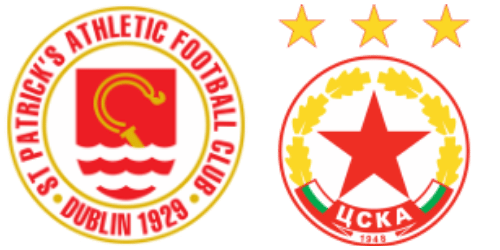 The match will take place at the Tallaght Stadium.

CSKA Sofia are the favourite to win the match.