St. Patrick's will face Shelbourne in the final round of the season in the Premier Division.

St. Patrick's failed to reach top 3 and this game has absolutely no purpose for them. Here are our predictions.

When it comes to Shelbourne and St. Patrick's, we have two completely different teams and the home team is the much stronger team overall. What matters is that all three games this season between them had over 2.5 goals. The last one had 8 goals, in fact, which was incredible. Since this is the last game of the season for both sides, we expect a huge scoreline and an over 2.5.

Curiously, St. Patrick's won only one of the three games against Shelbourne this season despite the difference in class. And the last time they played on this stadium, Shelbourne won. Their form right now is good while St. Patrick's lost their two most recent games. And this is why we expect them to give us their best performance in this game, in order not to finish the season with 3 defeats in a row.

These teams produced some incredible matches this season and we expect to see one more instant classic in their rivalry. Shelbourne are in their best form of the season right now and even reached the final of the Irish cup a few weeks ago. The team will score goals in this game but we expect St. Patrick's to win it in the end.

St. Patrick's had all the chances in the world to finish in Top 3 this season but due to the last two defeats, the team fell to 4th place and this is where they will finish the season. If they had won the last two matches, they would have been in the fight for 2nd place right now and this game would have been huge. They are an incredible force in attack and with some improvements in defense, they can be a contender next year.

Nobody expected Shelbourne to achieve anything this season but the team is on the road to prove us wrong. While their performances in the regular championship have been terrible and the team will finish in the bottom half, look at the cup performances. The team will play in the Cup final next week and they have a good chance to win a trophy this season. In the PD, their goal difference is 40:45 in 35 games.

Top Betting Odds and Stats for St Patrick's vs Shelbourne

FAQs regarding St Patrick's vs Shelbourne 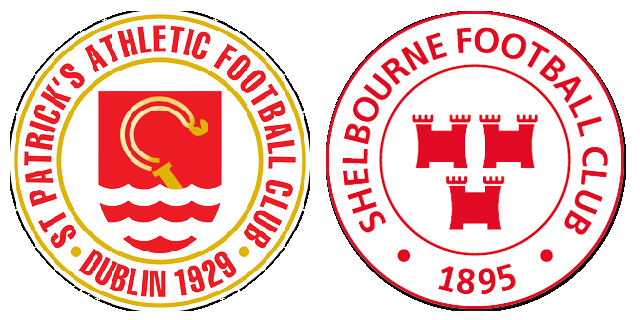 There is quite the gap in points between these two teams – St. Patrick's are 4th with 58 points while Shelbourne are 7th with 41 points.

Which team won the previous game?

St. Patrick's and Shelbourne met month ago and the match ended in a 4:4 draw.

St. Patrick's are a big favorite ahead of this match.