After an away defeat, Stal Mielec takes on Legia Warsaw in the upcoming fixture of Ekstraklasa on Friday,  26 August. The Militarians are on an undefeated streak ahead of this game.

Stal Mielec has won two of the last four games and conceded two defeats in that duration. However, they are yet to lose in the last four home attempts and registered two victories in that course. On the other hand, Legia Warsaw has three of the last five games but they had a terrible streak of winless games in the away outings before the last visit. White-Blues are also winless in the last four H2Hs against the Militarians and won three of them. So we expect Stal Mielec to take three points at the end of this game.

Stal Mielec didn’t register a run of victories in the recent home outings but they have been consistent in the offensive approach and scored in all of the last seven. On the other hand, Legia Warsaw has also missed the target only one in the last eight away outings but held a poor defence, leaking goals in all of them. Moreover, four of the last five H2H meetings featured both teams on the scoring side. Given this, we expect this game to feature a BTTS outcome at the end.

White-Blues lost the second away game of the last three visits in the last outing against Piast Gliwice, getting thrashed by 4-0. With the help of three wins in the starting six games of the league, Stal Mielec are currently sixth on the points table. Bartlomiej Ciepiela will be out of the game due to medical concerns.

The Militarians broke their winning sequence in the last game at home where they were restricted to a 2-2 draw against Gornik Zabrze. Legia Warsaw has confirmed three wins and two draws in the six league outings and stands in the third position. Blaz Kramer and Maik Nawrocki will be out of the game due to fitness issues.

FAQs regarding Stal Mielec vs Legia Warsaw Coverage and Accessibility 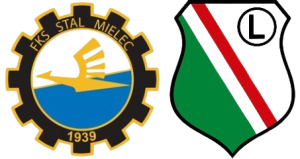 Where is the game being televised? Arena Sport, CANAL+ Sport (Pol).
Who won the last Head to Head fixture? Stal Mielec won with a 2-1 scoreline.
When is the match scheduled? The match will take place on 26 August 2022 at 19:30 GMT.