Sunday’s evening football from Belgium’s Jupiler League comes from Liege, as Standard Liege welcome Sporting Charleroi. The two teams find themselves at different ends of the table with the visitors flying high in 5th place, whilst Standard Liege find themselves battling away down in 12th spot. A win for Charleroi could see them move to 4th place, whereas a win for Liege could boost them into the top 8.

Coming into this fixture it’s Charleroi who are in the better form, but this is a tough match to call. What perphaps gives Charleroi the edge in this encounter is their away form is up there with the very best in the league, they have managed to accumulate 15 points from their eight games so far on the road. Liege at home have been poor only picking up 9 points from their eight home games this season. The head to head between the teams is also tight with their being three draws amongst the last five contests. With pressure building on Liege we will give the slight edge to Charleroi in the hope that they have enough to get over the line on the road once again.

The Best Match Odds for Standard Liege vs Sporting Charleroi 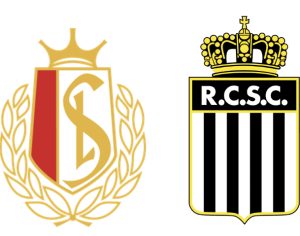 Shamar Nicholson has been one of Charleroi’s standout performers this season with the Jamaican forward having eight goals to his name already this season.