Suduva are at home against Viborg looking to make a major impact on the first leg of the Conference League matches. Hikvision arena will be the destination for this game.

Suduva picked up back-to-back victories in the league after a 2-1 success over FA Siauliai. Meanwhile, Viborg are just entering the new campaign and they were able to open the season with a 2-1 win over AaB.

Even though Suduva have been playing competitive football for several weeks now, they are likely to be at a disadvantage against Viborg, who have a lot of quality coming into the game. Despite playing away from home, Viborg should be more than a handful for Suduva. However, the recent run of form is likely to have provided Suduva with some degree of confidence.

This will be a significant entertainer going with the recent run of form for the two teams. There have been more than 2.5 goals in five consecutive games involving Suduva. There is no reason to see why Suduva will be going for a defensive approach given that the home game gives them a great opportunity to get an advantage in the tie. Viborg also have enough threat in the offensive areas to come up with goals.

There have been goals at both ends of the pitch in three out of the last five matches for Suduva. There have been plenty of defensive problems for Suduva coming into the fixture. Viborg are likely to be enticed about their scoring form.

Coach Miguel Moreira comes into the game with a fully fit squad at his disposal. There are no injury problems for the team. There will be the significant amount of dependence on forward Kule Mbombo to come up with goals. The 26-year-old will also be keen to make a strong impression with his contract running out soon.

Viborg have the youngest squad of the two teams coming into the game with an average age of just 24. Manager Jacob Friis has seen the team make a lot of improvements with regards to their league status over the last few years and progression into the latter stages of the Conference League will be seen as the next stage for the team. Nicolas Burgy has been the biggest acquisition of the summer for the club.

Recent Form, Betting Odds and Stats for Suduva vs Viborg

FAQs on Suduva vs Viborg match 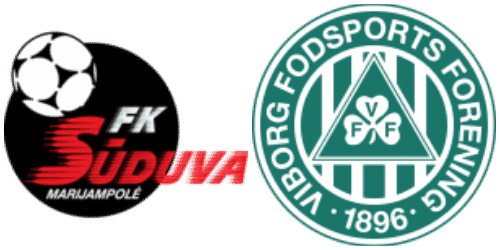 Hikvision arena will be the destination for this UEFA Conference League match.

Viborg are the strong favourites to win the first leg.