This preview looks ahead to the first meeting between Tanzania and Malawi since 2017. This will be a friendly match that takes place at the Benjamin Mkapa National Stadium.

Tanzania come into this game with a sizeable home advantage, which has worked out in their favour more often than not. Malawi have been very disappointing away from home with the win over South Sudan back in March being the only success in two years of away matches. Despite coming up against Tanzania on multiple occasions since 2008, Malawi have never managed an away win over this opponent.

The focus will be on players like Aishi Manula, who have so far been reliable for the Tanzania national team. Malawi attackers will try to get goals past Manula, but this might prove tougher than expected. Even though Malawi have come up with away goals in recent matches, there are many names in the Tanzanian team who are out to prove that they deserve a place. This might propel a good home performance.

Tanzania and Malawi have witnessed a 1-0 score in both games during the March fixtures. The two teams have been very careful and measured in their approach so far. This is unlikely to change for this friendly match where the objective for the two managers might be looking at some of the lesser-known players in the squad.

Tanzania, meanwhile, failed to reach the Afcon and doing well in this friendly will give the team a much-needed boost ahead of the qualifiers in September. The win over Libya comes as a big boost and the team has generally done well in the home games so far.

Malawi have a serious commitment coming up with the team taking part in the World Cup qualifiers and the Afcon. A string of foreign players in the squad proved to be a success for Malawi as they picked up back-to-back 1-0 wins and reach the Afcons. Now, the friendly will provide an opportunity to show that the team is ready to compete rather than just participate.

Top Betting Odds and Stats for Tanzania vs Malawi

FAQs regarding Tanzania vs Malawi Coverage 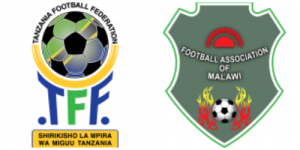 The Benjamin Mkapa National Stadium will be the place for this game takes place.

The kick-off for this game sees Tanzania step in as the favourites.