Napoli continue with their push for the Champions League qualification places with a spirited set of performances and they visit the Stadio Olimpico Grande Torino on Monday night to take on Torino.

Free Betting Tips and Predictions for Torino vs Napoli

This preview looks into the league match between Torino and Napoli on Monday night. Depending on the results elsewhere, Napoli could be looking at a top-four finish by the end of the match day. The top predictions for this game are:

Napoli may not have the best away record in the division, but the team are motivated by the prospect of finishing in the top four. Torino, meanwhile, are still fighting against the drop and home matches will be identified as a key way to escape relegation by manager Davide Nicola.

Napoli’s biggest strength is offence and they have been able to put their attack to good use this season. Napoli are the second top scorers in the division with 71 goals – only two behind leaders Atalanta. It will take some effort to stop Napoli’s offence, which comes on the back of a five-goal haul against Lazio in the midweek action. Furthermore, goals from Torino are likely to drive the total goals from this match.

Torino have been able to make sure that the matches at the Stadio Olimpico Grande Torino do not go away without goals. Genoa and Spezia are the only two teams to prevent Torino from scoring at home in 2021. For all their brilliance, Napoli do not share a great defensive record and the team was particularly exposed in the midweek match against Lazio.

Torino are not yet out of relegation trouble even after going four games without a defeat. There have been two wins in this run. The narrow away defeat against Sampdoria is the only blip for Torino in the last five matches. Even then, the Turin outfit are only three points above the drop and they need to be wary of the threat from Cagliari. There are no injury concerns for Torino in this match.

Napoli could potentially jump into the top four by the end of this weekend if teams like Juventus end up dropping points. Manager Gattuso will be keen on keeping his team’s form and momentum going. After three wins from the last four games, Napoli are in a good position. The club, however, will be without David Ospina and Faouzi Ghoulam due to injuries.

Top Betting Odds and Stats for Torino vs Napoli

FAQs regarding Torino vs Napoli Coverage and Accessibility 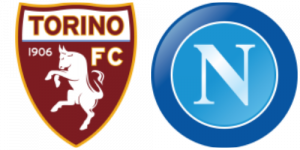 This match will take place at the Stadio Olimpico Grande Torino in Turin.

Napoli are the favourites for winning this match at odds of 8/11.