This preview focuses on Torino’s home game against Parma, who are faced with the imminent threat of relegation from the Italian Serie A.

Torino come into this game at the Stadio Olimpico Grande Torino following the end of their unbeaten sequence. Parma, meanwhile, have closer to relegation to Serie B after the midweek results. The top tips for this match:

Torino’s 2-0 loss against Napoli brought an end to the 5 game unbeaten sequence for Davide Nicola’s team. The Parma team will present a much lesser threat for Torino in this upcoming match. After losing four consecutive league matches, Parma are an incredible 11 points from safety and the club are almost certain to drop down.

Despite Torino not being a prolific team going forward, there will be plenty of opportunities for the hosts in this encounter if recent matches of Parma are anything to go by. Roberto D'Aversa has seen his team concede and score a lot of goals. Even though relegation is almost on the verge of being tagged upon Parma, the team has been giving a lot of effort in recent games. This may not change since it is mathematically possible to stay in the division.

Torino have been very effective in the latter part of the matches. It is remarkable that the team has scored 15 out of their 17 goals in the last six matches only in the second half of matches. Parma have not demonstrated such a wide skew. Even then, this game should produce goals at both ends.

Despite Davide Nicola’s men appearing to be quite comfortable in the league table a few weeks ago, it has proven otherwise and Torino are now just outside the bottom three on goal difference. It will take a remarkable set of results once again to keep Torino’s heads above the water. The manager will be without Rolando Mandragora and Simone Verdi due to suspension.

Parma may have given their 100% in recent matches but a poor defence has left the team on the verge of conceding defeat in the efforts to avoid relegation. The lack of results even when the team played well is one of the chief architects of Parma’s current plight. Despite being a place above bottom, Parma have scored 11 goals in the last six matches. The club do not have any injury or suspension worries in this match.

FAQs regarding Torino vs Parma game 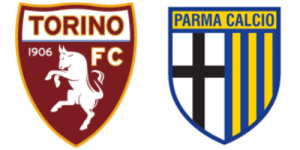 This game will take place at the Stadio Olimpico Grande Torino in Turin.

The favourite team to win this match would be Torino at odds of 4/7.