This might be a bottom half of the table clash but both will be keen for the three points. Who will get them? Find out with our Torpedo BelAZ vs Slutsk prediction.

Torpedo-BelAZ Zhodino have four wins in 12 league games so far, and three of those wins were on the road; they've struggled for wins at home this season, with just one win in five home games across all competitions. Like Torpedo-BelAZ, Slutsk have struggled at home this season; however, they've been a difficult team to beat on the road, losing just once in six road games. Additionally, Slutsk have had Torpedo-BelAZ Zhodino's number in recent meetings between these sides; as they have no losses in their last three encounters. With this in mind, we don't think Slutsk will lose this match.

Torpedo-BelAZ Zhodino's defence has improved a lot recently; they've allowed just one goal in their last four games, having conceded nine times in five games prior to that. As a result, Torpedo-BelAZ Zhodino's recent games usually don't feature goals at both ends; at least one side failed to score in all of their last four games. It's been the same case with meetings between these sides; as one side blanked the last four times Torpedo-BelAZ and Slutsk faced off. Considering Slutsk did not score in their last two games, one of these teams should keep a clean sheet.

These teams have met a lot of times, and most of those encounters have been on the low-scoring side; as a matter of fact, the last four clashes between these sides went below the 2.5 goal margin, with their last two meetings going under 1.5. It's also important to point out that Torpedo-BelAZ Zhodino's last four, and six of their last seven games went under 2.5; in fact, five of those games saw just one goal scored or less. For this reason, we are predicting a low-scoring game.

Top Betting Odds and Stats for Torpedo BelAZ vs Slutsk

Torpedo-BelAZ Zhodino's three match winning streak ended with a 1:0 loss at Gomel last week; they are now 12th on the 16-team table, with four wins in 12 league games. Torpedo-BelAZ Zhodino will hope to bounce back from that loss as they take on Slutsk; it'll be interesting to see how they'll fare with Evgeni Shevchenko leading the charge.

Things have not gone too well for Slutsk in recent weeks; they've won just one of their last six games, with three draws and two losses. Slutsk will hope to get back to winning ways as they visit the Torpedo Stadium on Monday; it's worth keeping an eye out for Arseni Kontsedailov. 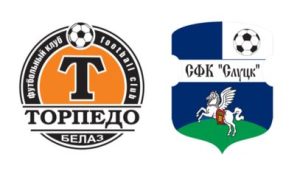 Where is the game being played? Torpedo Stadium

Who won the last head to head fixture? Torpedo BelAZ