Torquay will face Boreham Wood in the 4th round of the new season in the National League.

Torquay and Boreham Wood have had the same stats in the new season to date and this game will be interesting. Here are our predictions.

Boreham Wood obviously have one of the stronger attacks in the league and have been scoring more goals but we expect less in this new round. Torquay are a low-scoring team with a solid defense. We have a lot of history between these two teams from recent years and almost all games ended with less than 2.5 goals. Four of the last five times they played, there were less than 2.5 goals.

Both sides have had similar performances in the new season – 1 win, 1 draw, 1 defeat. Boreham Wood are the better team in general and we do not expect them to lose this match. Moreover, they have the stronger attack and if there is a team we expect to score in this match, it is Boreham Wood. They scored in all three of their games to date while Torquay on the other side scored just a single goal in three games.

We come back the goal-scoring abilities of both teams once again. As mentioned above, if we see goals from either team, we expect this to be Boreham Wood. Of course, this is football and anything is possible and Torquay might find a way to score too. From what we have seen in the three games to date, Torquay do have issues on the front with that single goal in three games. Their defense is definitely good, however, which supports the idea that even Boreham might not find the net.

Torquay were definitely not a top team in the previous campaign although they had some positive stats and finished in 11th place. We definitely expected more from them at the start of the new campaign and it is surprising to see them fail so hard in attack. Last season, the team had 66 goals in 44 games, which was among the better stats overall in the league. We can at least say that they have improved defensively.

For the better part of the entire previous season, Boreham Wood were a top team and were fighting for promotion. The final weeks of the previous season were problematic and led to the team not even reaching the playoffs. We know that this side has extreme potential and we expect them to be in the promotion fight once again. They had one of the best defenses in the previous season – only the champions conceded fewer goals than them.

Top Betting Odds and Stats for Torquay vs Boreham Wood

FAQs regarding Torquay vs Boreham Wood Coverage and Accessibility 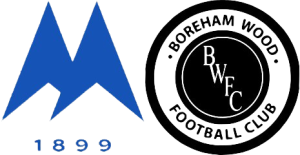 In which places are Torquay and Boreham Wood ahead of the 4th round?

With identical performances, these two teams sit close to each other in 11th place (Boreham Wood) and 14th place (Torquay), and both have 4 points.