Torquay vs Weymouth is our next National League match preview and analysis. This fixture is crucial for the visitors as it could determine their future in this league. Read further for a detailed analysis and remember to also place your bets on our best predictions and betting tips along the way.

Torquay’s worry ahead of this game is whether they can replicate the 2-1 victory in the reverse game or they will have to content with a team that is hungry for survival. Our best free predictions for this National League fixture is:

Torquay has a chance to bag all points in this game. They look to better their chances in the top half of the table and it couldn’t have come at a better time than now. Weymouth is currently struggling to make an impact in the league as their survival chances get slimmer. The visitors lost all their last five games during which they scored only two goals and leaked 13 goals.

We have tipped to win the first half of this game. Playing at home against a struggling team is the best gift a team would wish for at this point, especially with few games to play before the season ends. We expect the hosts to win this game as early as in the first half.

Another possible outcome in this National League fixture is more than two goals at full-time. The hosts have the form to score at least three goals on matchday, especially if we factor in how Weymouth has struggled with poor defending. The visitors conceded 13 goals in the last five games. In those games, Weymouth leaked at least two goals in four of their last five matches. Moreover, the last three matchups between these teams had more than three goals.

Here are the latest stats, H2H details and the best odds for this National League fixture.

Torquay vs Weymouth is a fixture that pits two extreme opposites against each other. Find out why in our match preview below.

Torquay has failed to win only once in the last nine games. Four clean sheets within that duration means the hosts will be a hard nut to crack in this duel against a struggling outfit. Moreover, Torquay won the last three games against Weymouth hence should bank on the stronger form in this match to get the fourth consecutive win against Wymouth.

You don’t want to risk putting your bet on Weymouth after posting a series of disappointing results. The visitors have now lost five games in a row and winning a way in this trip to Torquay is unfathomable. 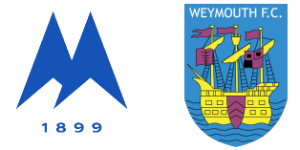 Where will the National League game take place?

Torquay will host Weymouth at the Plainmoor