Rosenborg tried but it proved to be in vain as Tromso claimed bragging rights in their seven-goal thriller. The Gutan now turn their attention towards Stromsgodset, who pompously arrive to continue their three-match unbeaten run.

Tromso stopped Rosenborg's ascension plans over the weekend and will have similar plans for Stromsgodset. The Gutan are next to the Godset on the points table but are trailing by five points. Recent duels have seen the visitors claim bragging rights and are unbeaten in five duels. Despite the away travels, we are backing the Godset based on their superior scoring proficiency.

The last four duels between these sides have finished with Under 2.5 Goals. However, we do not expect the trend to continue in this meeting. Tromso has scored 8 goals in their last five outings while Stromsgodset has hit the back of the net an impressive 12 times. Both sides have conceded 7 goals apiece in this period.

The double meetings in the last campaign could not separate Tromso and Stromsgodset. Both encounters finished with each outfit claiming a goal apiece at each time of asking. With both sides scoring goals for fun, we expect BTTS to be realized at the Alfheim Stadion.

The Gutan will be pleased with their weekend performance against Rosenborg. Gaute Helstrup's men gave a memorable night to the fans as they triumphed 4-3 over the Troll Children. They will be confident in their approach against Stromsgodset despite having a negative balance with them.

Håkon Wibe-Lund and Bjørn Petter Ingebretsen have the interim charge at the Marienlyst Stadion. However, they are giving every impression that should land them the job on a permanent basis. They are seventh in the league rankings but have a tough task for a top-four bid given their eight-point disadvantage.

Top Betting Odds and Stats for Tromsø vs Strømsgodset

FAQs regarding Tromsø vs Strømsgodset Coverage and Accessibility 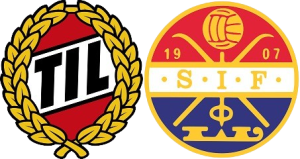