In this betting preview, we look at the international friendly fixture between Tunisia and Mali. Tunisia are the side in better form but recent head-to-head meetings suggest it will be far from a walk in the park.

Tunisia might come into this friendly match against Mali off the back of a loss but it was just their second defeat in 15; their confidence won't have been rocked too much. They had won three on the spin prior to that blemish too. As for Mali, they have won just one of their previous five games having lost three of them. Their other match in the five game run was a draw against DR Congo – Tunisia beat them recently.

You have to go back to 2006 (four matches) to find a time these two met where both teams didn't score but the form of Mali, in particular, suggests BTTS – No carries good value this time round. Tunisia have played out five of their last 10 with just one team netting with two of those coming in their last two outings. With Mali, the prediction is really well supported; 80% of their last 10 matches have seen the maximum of one team scoring.

If the BTTS prediction we've just made is backed up by recent form then this tip is even better in that regard. Tunisia have only exceeded the two goal mark in four of their last 10. For Mali, the number of low scoring games is even more convincing; they've only seen three or more goals in one of their last 10 outings with six of their previous nine seeing a maximum of just one goal. With the fact the last head to head ended with two goals in it, this under 2.5 goals bet looks like a smart punt.

Tunisia vs Mali: Meet the teams

Tunisia lost their last match but are on a good run in general terms with seven wins in their last 10 along with two draws. A strong defence has been a large part of that form and you'd expect it to be more of the same when they face Mali. Ellyes Skhiri is an effective screen in front of the defence whist centre back Dylan Bronn is an able defender as well. Going forwards, they don't possess a star name of the highest order but the likes of Naim Sliti and Wahbi Khazri.

Where Tunisia have been in good form of late, the same cannot be said of Mali who have only won one of five. They had been in decent form before then but it seems a long way off now with the side having lost the ability to keep clean sheets; they'd recorded four in five prior to their recent run that has seen them ship goals in five games on the trot. Southampton man Moussa Djenepo is their main man in an offensive sense; he scored one in 27 Premier League appearances this season.

The best odds for Tunisia vs Mali

Tunisia vs Mali: A quick rundown 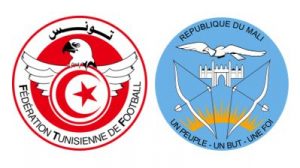 What time does the match kick off?

Who won the last match between the two nations?