Juventus remain keen on the second spot even as teams around them are experiencing a fantastic spell of results. Udinese hope to stop Juventus from extending the run when they welcome the defending champions to the Dacia Arena.

This Italian Serie A match could either keep Juventus in the top four or see them out of the Champions League qualification positions by the end of the game. The top predictions for this encounter would be:

Udinese have lost three consecutive matches at home, while their only victories in the last seven games have been against teams in the bottom six. Even then, they are up against a Juventus outfit who are not faring much better in away matches. Juventus’ only away win in the last seven games across all competitions was against Cagliari. A great option would be to go with the double chance of a home win or draw.

The poor away record of Juventus will be an inspiration for Juventus to get something out of this match. The recent games between Udinese and Juventus have been entertaining matches with only two of the last six meetings producing a clean sheet for at least one of the teams.

Juventus have not been among the goals of late. The team’s return of 65 goals so far this season is substantially lower than second-placed Atalanta and leaders Inter Milan. In fact, Udinese have scored more goals than Pirlo’s team in the last six games. This might turn out to be a low scoring game with both teams struggling for form.

Analysis and Preview for Udinese vs Juventus

Luca Gotti’s men are close to hitting 40 points for the season but it has been a major struggle for the team over the last few weeks. Even now, Udinese are trying hard to recover from a three-game losing streak at the Dacia Arena. The club have been able to make the most of some attractive away games to pick up victories and move away from the relegation zone. Gotti has a long injury list with Gerard Deulofeu, Ignacio Pussetto, Ilija Nestorovski, Jayden Braaf, and Mate Jajalo unavailable due to injuries, while Juan Musso is suspended.

The top four hopes for Juventus are in a fragile state following the dropped points against Fiorentina. Andrea Pirlo’s men have not been consistent enough to open up a sizable lead over top four aspirants. The lack of goals or impact from Cristiano Ronaldo in recent games is also a concern for the defending champions, who could lose this position in the next couple of games. Federico Chiesa and Merih Demiral are on the treatment table for Juventus.

FAQs on Udinese vs Juventus match 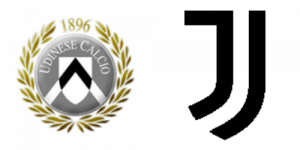 The Dacia Arena will be the location for this match this weekend.

Juventus are the favourites for winning this game at odds of 4/9.