The fairytale continues as recently promoted Union Saint-Gilloise have stretched their lead at the top of the Belgian Premier League to seven points. Whilst those around them struggled last weekend, Union Saint-Gilloise couldn’t have been more impressive beating a Oostende side 7-1. That made it six wins from their last eight league games and they will be hoping to extend that record and their lead to ten points when they host a Leuven side currently in 14th position.

It’s hard to not see any other result other than a Union Saint-Gilloise victory here. The table toppers have won six of their last eight matches and are scoring goals for fun. Union Saint-Gilloise have scored the most goals and conceded the least in the entire league. At home they have only conceded six goals all season. Leuven are the leagues second worst away side picking up only five points from their seven away games so far, they have also only scored 8 goals, to beat a team like Union Saint-Gilloise, they need more firepower and it’s highly doubtful they have it.

Based on recent stats this looks like a bit of a no-brainer as despite their different league positions, both sides have seen the over 2.5 goal market exceeded in four of their last five matches. Both of these sides have a rich history of playing one another and were promoted together, in their last five contests over 2.5 goals has occurred on three occasions and the smart play has to be on backing this trend to continue.

When it comes to backing whether both teams will score or not, both teams have the same statistics with both teams managing to find the back of the net in three of each team’s respective last five matches. Four of the last five clashes between these sides has also seen both teams score so it makes sense to bank on it happening once again.

The Best Match Odds for Union Saint-Gilloise vs Leuven 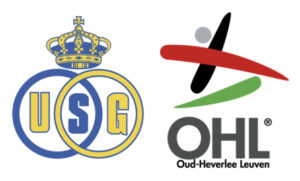 Its very competitive with Union Saint-Gilloise winning two of the last five contests, Leuven have won one and there has been two draws.

What is the kick-off time for Union Saint-Gilloise vs Leuven?