After making a brilliant start to the Champions League campaign, Urawa Reds will be going up against Shandong Taishan in the second group match. This will be a preview of the same.

Urawa Reds put up a strong show to beat Lion City Sailors with a convincing 4-1 score. Kasper Junker, Ataru Esaka, David Moberg Karlsson, and Yusuke Matsuo were the scorers in this fixture. Shandong Taishan had a horror show in the opening group match against Daegu, as they ended up losing 7-0. Lee Keun-Ho, Hong Chul, Bruno Lamas, and Jung Chi-In were the scorers for Daegu at various stages while Zeca put up a hat-trick.

Urawa Reds put together a strong show in the first game while Shandong Taishan had a horror show in the first match. The contrasting fortunes experienced by the two teams cannot be much bigger. The home team are in a fantastic position whereas Shandong Taishan need a positive performance in order to keep up the Champions League objective. However, Urawa Reds are likely to be overpoweringly better against the opposition.

The goals scored by Urawa Reds against Lion City Sailors were of high order and Shandong Taishan’s defence has every reason to be worried after just shipping seven goals. Urawa Reds have frequently seen Champions League matches that have produced more than 2.5 goals.

Shandong Taishan are pretty much out of the contest against Daegu as soon as it began. A similar outcome can be expected against Urawa Reds, who are one of the favourites to win the competition.

Urawa Reds are one of the favourites to do well in the AFC Champions League this season. After having reached the final in the last two seasons, Urawa Reds have to be feared by almost every opponent in the competition.

Shandong Taishan have been given a nightmare fixture and group stage, as they have been paired against giants like Daegu and Urawa Reds. The Chinese outfit did exceptionally well to reach the last 16 in the previous campaign, but a repeat of the same is unlikely this season after a horror show in the first match. 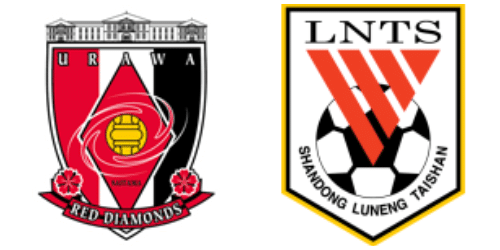 The match will be held at the Chang Arena in Buriram.

Urawa Reds are the favourite to win the match.