Vejle and Rangers meet to battle it out for three points on the opening weekend of the new Danish Superliga season. Read our free predictions and find the latest odds for the game below in our detailed match preview.

Carit Falch takes charge of Vejle for the first time in a competitive fixture as The Reds host Randers in this Danish campaign opener. Read our top three expert predictions for Sunday’s Superliga fixture below.

Randers enjoyed a fine 2020/21 campaign in Denmark, playing their way to an impressive 6th place Superliga finish before lifting the DBU Pokalen. A trio of excellent victories against Vejle in league and cup helped the Horses in their two-pronged domestic assault, indeed Randers are unbeaten in six previous competitive meetings with their opponents overall. That record makes them a tempting price in the double chance market this weekend.

It’s interesting to note however, that Vejle notched a consolation goal in two of their last three meetings with their eventual conquerors and they could impact the scoresheet again on Sunday. Randers closed out the previous season by keeping just one clean sheet in seven attempts on the road – a haul that suggest BTTS could land for the third time in four encounters between the clubs.

Randers have found plenty of joy in the final third in recent skirmishes with Vejle. The Horses cantered to victories in three of their last four meetings with the Reds, scoring an impressive three times in each triumph. Randers seem to have the measure of this Vejle defence and our tip recommends taking them in the over 1.5 team goals market as a result.

Vejle reacted to a poor 2020/21 campaign by sacking manager Constantin Galca earlier in the summer, though their decision to replace the Romanian with Carit Falch – a coach that couldn’t keep Lyngby up last season – raised more than a few eyebrows. The Reds have at least managed to hold on to 17-year-old wonderkid Wahid Faghir however, and the forward dubbed “the new Zlatan Ibrahimovic” is one to keep an eye out for.

Danish cup holders Randers will hope to pick up where they left off this weekend and having landed their first piece of silverware since 2006, spirits along with expectations are high ahead of the new campaign. Manager Thomas Thomasberg managed to convince former Brondby midfielder Simon Tibbling to return to Denmark  from Emmen in the Netherlands during the summer window and the 26-year-old Swede’s arrival is considered a bit of a coup.

Top Betting Odds and Stats for Vejle vs Randers 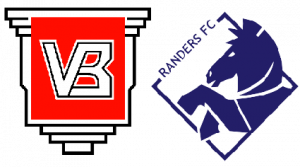 Sunday’s game will be played at Vejle Stadion in Vejle.

Randers beat Vejle 3-1 when the teams last met for a cup quarter-final clash in March.