This preview takes a deeper look at the Italian Serie A game between Hellas Verona and Atalanta at the Stadio Marc’Antonio Bentegodi.

The Stadio Marc’Antonio Bentegodi is the location for this league match between Atalanta, who are chasing a top four finish, and Hellas Verona.

Despite the midweek defeat to Real Madrid, Atalanta remain in great shape. The team has lost just two of their last 23 games on the road. Those two defeats came against teams like Napoli and Inter Milan. Hellas Verona have suffered back-to-back defeats in the league and confidence will not be great among Ivan Juric’s men.

The last two games between Hellas Verona and Atalanta might have produced a total of two goals per game. Yet, this run was preceded by a sequence of four consecutive games in which the two teams produced a ton of goals. Three out of the last five Italian Serie A games for the two teams have produced high scores. Thus, one can go with a game with more than 2.5 goals.

Luis Muriel has been in fantastic form with 16 goals for Atalanta this season. These goals put him at the top of the scoring charts for Gian Piero Gasperini’s men. The 29-year-old has scored in three of his last four outings in all competitions – including the Champions League goal against Real Madrid in the midweek action.

Verona vs Atalanta: Preview of the match and Team News

Hellas Verona are on the fringes of the top half and they are facing pressure from the likes of Udinese and Sampdoria. A run of one win in the last five league outings does not infuse the team with confidence. The team’s biggest success so far this season has been a strong defence, which ranks alongside the likes of AC Milan and Inter Milan. Yet, the team has conceded at an average of 1.5 goals per game in the last six matches. Nikola Kalinic, Ronaldo Vieira, Kevin Rüegg, and Ebrima Colley are unavailable for Hellas Verona.

Atalanta remain as one of the top outfits in the Italian Serie A over the last few weeks. Despite the loss against Inter Milan in the recent match, Gian Piero Gasperini’s men remain on course for a Champions League position. In fact, Atalanta can create quite an upset in the league table by finishing above AC Milan and Juventus, although the league title seems a far-fetched idea. Atalanta have been the top scorers in the league over the last six matches. The club will be without Robin Gosens, Hans Hateboer, and Bosko Sutalo for this game.

Top Stats and Betting Numbers for Verona vs Atalanta

FAQs regarding Verona vs Atalanta match 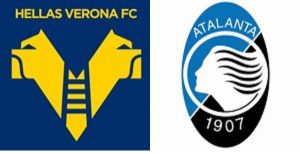 Where does this match start?

This match will take place at the Stadio Marc’Antonio Bentegodi in Italy.

Who are the favourites to win this match?

Atalanta are the favourites for a victory at odds of 4/6.