Since their last win in almost two months, Vicenza have experienced a decline in performance and have recorded three straight losses so far. Their opponents in Cittadella have been trying to keep it going despite the draw they recorded against Brescia, one of the high-flying teams. The visitors are favourites to win this one, considering their recent form.

Cittadella are in a not-so-comfortable situation right now, especially as a slump in form could see them go down the pecking order. A win for them could help spread the distance and also push them higher up the table. Vicenza have only so little to play for as they are currently languishing at the bottom of the table.

In the last five games played by Cittadella, they have won two games and sealed a draw for two games. On the other hand, Vicenza have lost four out their last five games and won only one. When both teams' form are placed in comparison, Cittadella are the better side. A win for them will help maintain a more stable stance on the standings and we see them fighting fiercely to achieve that.

Cittadella is one team that tend to be very conservative with goals, most especially when they are playing against a team they have an edge over. Vicenza have gone most of their games goalless and don't seem like they could turn up with goals for this game. Having all that in mind, there is a good chance that there will be a very low turnout of goals for this game.

Cittadella are well known to pick up pace much later in the game when the tension is brewing. This has played out for most of their games, where they start getting attacking-minded from the second half. We see them replicating that for this game as well. Backing the second half to have the most goals seems like a rational option for this one.

Top Betting Odds and Stats for Vicenza vs Cittadella

Cittadella are strongly expected to win this one but it could well turn out to be a low-scoring goal affair.

FAQs ahead of Vicenza vs Cittadella 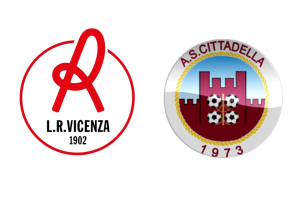 We recommend using SBK for Vicenza vs Cittadella