Another two teams from the bottom of the table will play an important fixture on Saturday – Vicenza vs Pordenone. Both sides have almost inexistent chances to survive this season, so this game might be the deciding moment if any of these two teams will actually have a chance or not.

Vicenza and Pordenone have had an identical season to date and have been the two worst teams since the start. Games between them have always been interesting, so we expect a lot from this fixture.

Vicenza and Pordenone have been playing in Serie B and C for many seasons and it seems like the teams are always moving together – if one gets relegated, the other is also – if one gets promoted, usually the other is there too. The games between them have always been thrilling and goal-packed. See, for example, the stats for the both teams to score market – Vicenza and Pordenone had goals from both sides in eight out of the last nine head-to-head games in recent years. Vicenza conceded goals in 7 consecutive h2h games while Pordenone in 9. There is a good chance that we will see a 1:1 draw like most of the results between them – most games had both teams score but less than 2.5 goals. Both sides have had few games with goals this season and 4/5 of Vicenza's matches had less than 2.5 while Pordenone had less in 5/7. You may try the ‘both teams to score + under 2.5' market, if it is available – the odds will be much higher.

It is curious that one of the three wins of Vicenza this season were exactly against Pordenone as they beat them 2:4 in October. We think that they have a better chance at this moment as they have been winning some points at home in recent games while Pordenone are the absolute worst team and have been struggling in each game on the road. We think that we might see a decisive win for Vicenza here again as the team has always been the better side in head-to-head games.

We expect a low number of corners in this match despite the fact that both teams have been taking a considerable number of corners on average this season. For example, Vicenza took an average of 5.00 corners per game while Pordenone – 4.60 per game. While there have been cases where the h2h games had a bunch of corners, in most matches, there were less than 11 corners, so we think that this is quite a safe pick for this match.

Top Betting Odds and Stats for Vicenza vs Pordenone

FAQs regarding Vicenza vs Pordenone 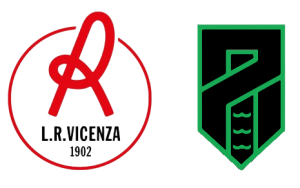 • In which places are Vicenza and Pordenone?

We mentioned that these are the two weakest teams in the league but what exactly is their position and chances to survive. Pordenone have won only 12 points in 25 rounds and are sitting at last place. Vicenza have been slightly better with their 15 points at this point in 19th place. There is obviously a low chance that we will see either survive.

This match will be played at Vicenza's home ground – Stadio Romeo Menti, which has a capacity for 12,000 spectators.

This match will kick off at 13:00 UTC on Saturday.