Vissel Kobe will square it out with FC Tokyo in a J-League clash on Wednesday 14th September 2022. The league game will be the teams’ 27th match of the season. Find out how our tipsters at Football Ground Guide have predicted the match to end in this comprehensive preview.

Vissel Kobe has a chance to redeem their season as they currently sit second-last on the J-League table. They need three points in this game to go above the red zone. However, this fixture will not be easy as they face a tough opponent, FC Tokyo. The following are our best Vissel Kobe vs Tokyo predictions and betting tips.

Kobe hasn’t been the better team in this duel with FC Tokyo. They have won it only 4 times while Tokyo has 11 victories in the last 20 meetings. We think FC Tokyo will equally hit the target in this match.

Home victory in favour of Vissel Kobe is our last prediction for the game. The hosts have shown glimpses of good performances recently, especially after two clean sheets of 1W and 1D in the last three games. We expect a hard-fought narrow victory for Vissel Kobe.

Vissel Kobe is second-last on the J-League table. They desperately need survival points to stay up or risk getting dumped out of the top flight. There are only two games left before the season comes to a close. With that, we don’t think Vissel will waste a chance to get the vital points. Playing against FC Tokyo makes it quite easy because the visitors are 8th and with no chance of being in the AFC Champions League places.

Tokyo FC has little or nothing to play for in this game. They have suffered unprecedented losses in recent games. In the last five games, FC Tokyo lost three matches without scoring a goal. So, another problem for the visitors is a poor scoring run. They have failed to hit the back of the net in four of their last five games and only managed to score 2 goals in the last five outings.

For the latest Vissel Kobe vs Tokyo stats, team form and the highest odds for the J-League match, see the following tables. 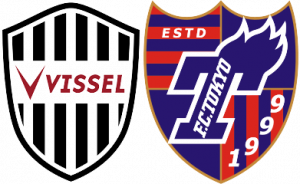 What time will Vissel Kobe vs Tokyo begin?

The kick off time for Vissel Kobe vs Tokyo is 11:00 GMT

Where is the venue for Vissel Kobe vs Tokyo match?

How did the teams perform in the last meeting?