In this betting preview, we look at the Irish Premier Division match between Waterford vs St Patrick's Athletic. Who will get the win?

This match will likely go down to who needs it more; if Waterford lose today, they'll have to win the relegation/promotion match in order to stay in the Premier Division. Waterford will need to win this match, and hope that Finn Harps don't beat Longford Town. St Patrick's on the other hand, have nothing left to play for in this match; they'll finish second whether they win or lose, so the motivation to win may not be there. Waterford have actually won four of the last six times St Patrick's came visiting; they've kept four clean sheets and lost just once in those six encounters. For these reasons, we think Waterford will win today.

St Patrick's have been one of the highest scoring teams in the Premier Division; only two teams have scored more goals this season. Stephen O'Donnell's men have scored two goals per game on average in their last six games; five of those six games have gone over 2.5, with four goals scored on average in their last four games. Waterford have conceded a lot of goals this season, only last-placed Longford have conceded more; they've had their fair share of high-scoring games, as three of their last five games went above this line. All signs point to another high-scoring game today.

Waterford vs St Patrick's Athletic: What are the best odds?

Waterford occupy the relegation/promotion playoff spot; they are tied on points with Finn Harps, so this is a must-win if they hope to avoid relegation. The Blues will need to break a four game winless streak here; they'll hope John Martin can help with achieving that.

St Patricks have not won since they lost the title to Shamrock Rovers; they've drawn two and lost one of three games they've played since then. Stephen O'Donnell's men will hope to end their season with a win; Matthew Smith is the man to watch. 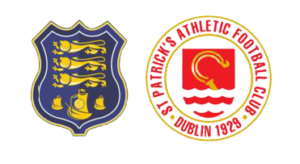