Holstein Kiel will be eager to find their away winning way when they visit Werder Bremen in the next 2. Bundesliga engagement. Werder Bremen also ended two draws in a row in the previous home games.

Werder Bremen are undefeated in the last five league outings and registered two victories in that course. On the other hand, Holstein Kiel has also recovered from their poor run of defeats and played three consecutive unbeaten games. However, the recent away record of the Storks doesn’t seem helpful where they lost three of the last four. While the hosts are on a long streak of league home winnings. Holstein Keil won the last H2H at home but we predict Werder Bremen fancy their chances at the home advantage.

The front line of the Green-Whites didn’t fall behind in any of the recent attempts and scored in all of the duels of 2022. On the other hand, the Storks have also found the back of the net in five of the last six league outings. Holstein Kiel conceded goals in four of the last five away outings. Furthermore, the last meeting between the teams also featured a BTTS outcome. Based on the current stats, we expect the same pattern to be continued in this game again.

The River Islanders finally terminated a streak of winless games of 2. Bundesliga, and won the first of the last four duels against Schalke. The previous victory made the team stay at the top of the points table, securing the lead of only one point. The team manager Ole Warner will have to contend with three unavailable players due to fitness issues.

The Storks ended their second successive game in a draw in the last game against Heidenheim. Holstein Kiel has managed ten wins in the league out of 31 attempts and stands at the eleventh position on the points table. Fin Bartels and three other players will not be able to play the coming game due to fitness concerns.

FAQs regarding Werder Bremen vs Holstein Kiel Coverage and Accessibility 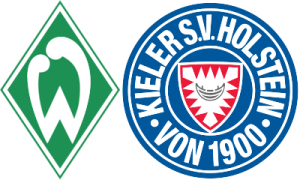 Where is the game being televised? Diema Sport 3, Sky Bundesliga, Spiler1 TV, and Viaplay.

Who won the last Head to Head fixture? Holstein Kiel won with a 2-1 scoreline.