Bundesliga promotion hopefuls Werder Bremen takes on the challenge of Sandhausen in this outing. The visitors from Heidelberg are fighting for survival in the second division and will surely give a fight to their rivals on the road.

October saw the first time Werder Bremen and Sandhausen take on each other. By the time referee Pattrick Ittrich blew for full time, the sides could not be separated with the scoreboard reading 2-2. We believe a result will be seen in this meeting as these rivals meet again. The Green-Whites are in good form and have won three of their last four fixtures. With Sandhausen winning just once in the same period, it is difficult to see them thrive in away conditions.

Only one of Sandhausen's last four fixtures has concluded with an Over 2.5 total goals scoreline. For Werder Bremen, the stats read three in four. The hosts have scored 8 goals in this period while the visitors have six to their name. With both sides scoring regularly and their last meeting seeing it come to fruition as well, expect at least three goals on the night as they meet.

Sandhausen has conceded over 1.62 goals on average this season. On the other hand, Werder Bremen's stats read 1.33 goals conceded per match. With the former scoring 6 goals in their last five outings and the latter claiming 8 strikes, we expect the mean trend to continue. Both sides scored two goals apiece in their last meeting, adding confidence in our selection for this meeting.

Frank Baumann will be pleased with how his charges have responded to his call. They have continued to keep pace at the top of the points table and look set to return to the Bundesliga at the first time of asking. Sandhausen will not be easy rivals but the Green-Whites should have enough in the tank to overcome adversity against them.

While Baumann is content with how Werder are pushing their agenda, Alois Schwartz will not have a similar mindset. His charges were supposed to give a better account of their abilities after narrowly avoiding relegation last season. They are in the same neighbourhood this time around, showing no improvement in their overall performances.

Top Betting Odds and Stats for Werder Bremen vs Sandhausen

FAQs regarding Werder Bremen vs Sandhausen Coverage and Accessibility 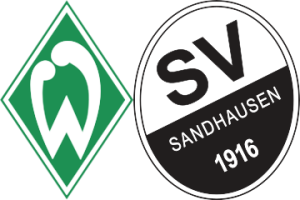 Where is the game being played? Weserstadion.

Where is the game being televised? Diema Sport 3, and Sky Bundesliga.