Following a long winless streak in Championship, West Bromwich takes on Luton Town in the next fixture on Saturday, 8 October. The Hatters will be confident for this game over the consecutive wins at away venues in the league.

Most of the recent H2Hs have ended in the favour of West Bromwich Albion but Luton Town are now in the position to change the trend. The Baggies are without a victory in the last seven league outings but Luton Town has an unbeaten sequence of four games before this match. The Hatters have also won the last three away outings in a row. Moreover, Luton also broke the winning streak of West Brom in the H2Hs and won the last one. So the Hatters are our favourites to take the lead in this game.

Luton Town has rattled the net more than once in all of the last four attempts and added a total of nine goals in that duration. On the contrary, West Brom has also managed an average of two goals per game in the previous five home games. The only two of the last five H2Hs witnessed high-scoring totals but this game should be the third one on that list.

Though West Brom have a horrific winless streak recently, they have scored in consecutive six games in a row before the last game. The Baggies have also hit the target in all of the previous four home attempts. In opposition, Luton has also registered a brilliant scoring string by finding the target in all of the previous eight outings. So we can predict this game to feature both teams scoring at the same time.

After the successive away draw, the Baggies faced an away defeat in the last game with a 1-0 score against Preston North End. West Brom has confirmed only one victory in the 12 league outings and are buried in the twenty-second position in the standings. The head coach Steve Bruce will be without four players of the squad in this game due to injury issues.

The Hatters played a thrilling duel in the last game where they witnessed a 3-3 draw at home against Huddersfield. Four wins and five draws have helped the team get to the ninth position on the points table. James Shea is reportedly out of this game due to a knee injury. 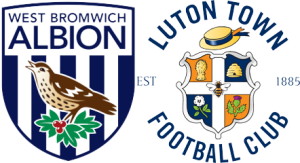 Where is the game being played? The Hawthorns (West Bromwich).
Who won the last Head to Head fixture? Luton Town won with a 2-0 scoreline.
When is the match scheduled? The match will take place on 08 October 2022 at 15:00 GMT.