Wolves U21 vs Man Utd U21: Top Free Betting Tips

Wolves U21 take on fellow league competitors Manchester United U21 in the next fixture of the EFL Trophy on Tuesday, 22 November. Both teams have got the back of a defeat in the Premier League International Cup coming into this game.

Wolves U21 couldn’t score in the last outing but they still have a total of ten goals in the previous five home attempts. On the other hand, Manchester United U21 has been winless in recent visits but they collected nine goals in the last five away outings. The Red Devils have also been leaking goals in all of the recent away games. Furthermore, the last two H2Hs of these teams also ended with high-scoring totals. So a total of over 2.5 goals will be our first pick for this game.

The last meeting between the teams ended with goals from both ends of the field and the same is predicted for this game. Wolves U21 have a decent scoring string before the last game and they should be confident about the home advantage as well. On the contrary, Manchester United U21 have not missed the target as well in any of the away outings this year. United were also on the score sheet in the last two H2Hs against Wolves U21.

Correct Score Prediction: 2-1 to Wolves U21

Though Manchester United U21 have recorded a long scoring string, the poor defence has cost the team in most of the recent visits. United have conceded 13 goals in the previous five away outings while scoring eight in that duration. On the other hand, Wolves U21 have hit the target more than once in three of the last five home duels. Furthermore, the home side has also kept two clean sheets in the previous four home attempts. So we can expect Wolves U21 to confirm a 2-1 victory at the end.

Wolves U21 played their first duel in Premier League International Cup and conceded a 0-1 defeat against Porto B. The team has registered four wins and two draws in 12 league outings in PL 2 and stands in the ninth position on the table. The manager Jamie Collins will have a fully healthy squad to make a selection for this game.

The Red Devils hosted Monaco II in the last game in PLIC and conceded a 0-2 defeat. Manchester United U21 have registered only one victory in the 12 league outings in PL 2 and stands in the eleventh position on the table. All of the players will be ready to make an appearance in this meeting.

FAQs regarding Wolves U21 vs Man Utd U21 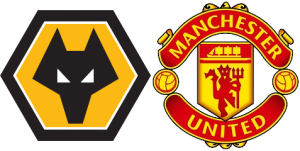