Yokohama FC's woes were exacerbated by Kashiwa Reysol in their last J1 League outing. They have an even tougher task this time around as Urawa Red Diamonds visit them. Ricardo Rodríguez's men are in the tough battle for top-three placement and will be unwilling to budge from their need for the three points on offer.

After claiming three victories inside five matchdays, Yokohama FC are back to losing ways. Their chances of ending their winning drought look unlikely against the Urawa Red Diamonds, who knocked out Kawasaki Frontale from the YBC Levian Cup. History is also on the Red Devils' side, who have claimed three successive victories against the Fulie.

Yokohama has averaged less than a goal per match this season. On the other hand, Ricardo Rodríguez will not be too confident in his side's ability to score with aplomb with just 29 goals in 27 league outings. Given the relative profligate nature of both attacks, this match should finish with an Under 2.5 goals scoreline.

In the YBC Levian Cup, the Red Devils played two exciting draws against Kawasaki Frontale. Both sides got on the scoreboard but that is not the fate awaiting this matchup. Averaging less than a goal per match, and failing to score against the same rivals in two of their last three duels, betting on Yokohama to trouble the scorers will be a folly.

Tomonobu Hayakawa had the explicit task of ensuring Yokohama FC forge their path out of the relegation slots. False dawn was seen as the Fulie recorded three wins and a draw in five matches, but they have returned to their old habits. With two defeats in their last three outings, they are back staring at the wall. With 11 matches remaining until the end of the J1 League campaign, time is running out for them to claim security which is eight points away.

The Red Devils will enter this fixture on a high after progressing in the YBC Levian Cup at the expense of Kawasaki Frontale. Urawa Reds held their own as they held the reigning Japanese champions to two draws. More impressive was their away 3-3 draw that saw them come back into the game after accruing a two-goal lead. More of the same spirit will be needed by Ricardo Rodríguez to continue their four-match unbeaten streak in the J1 League.

Top Betting Odds and Stats for Yokohama vs Urawa Reds

FAQs regarding Yokohama vs Urawa Reds Coverage and Accessibility 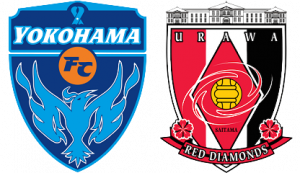