Zamalek will face Smouha in the final match of the 26th round of the Egyptian Premier League.

Zamalek are the main favorites to win the championship this season but in order to do this, they need to win against teams like Smouha. Here are our predictions for this match.

We have the best team in the league and one of the other better teams in Egypt and we expect some action. Smouha actually beat Zamalek in the previous match they had and it was a 2:0 win – Zamalek failed to score. Therefore, the hosts have a lot of work to do to get that revenge and with both teams being in good forms, we expect to see action on both ends. Zamalek have been having a plethora of goal-packed games, especially at home too.

The first match between these two teams had a surprising result, no doubt. We expect the exact opposite situation here – there is no way that Zamalek will allow a second defeat and in front of their own crowd. The team is in its best shape of the season, winning eight of the last 10 games in all competitions. Their stats are incredible while Smouha have been struggling on the road lately.

Smouha have been having problems in away games and won just two of the last 10 in the league. At the same time, they scored a lot of goals on multiple occasions. Zamalek, in turn, have been dominant both home and away but they also concede a lot of goals in their games. They had both teams scoring in seven out of the last 10 games in all tournaments.

Smouha have been having several good seasons in a row in which they finish right below the top positions in the table. There is great potential in this team but they need to make some adjustments on both ends – in attack and defense. Their goal difference after 25 rounds is 36:32.

Top Betting Odds and Stats for Zamalek vs Smouha

FAQs regarding Zamalek vs Smouha 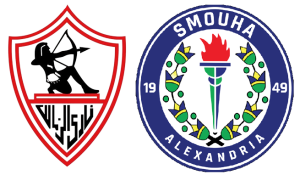 This fixture has been scheduled for Zamalek's home ground – the Cairo International Stadium.

Both sides reside in the Top 5 of the league. Zamalek are the rightful leaders with 57 points right now while Smouha are 5th with 39 points.