Zhejiang Professional will face Guangzhou FC in another fixture from the postponed 12th round in the Chinese Super League.

Guangzhou have had a disastrous season and are in desperate needs of the three points. Here are our predictions for this game.

We believe that Zhejiang Professional will not give Guangzhou a lot of chances and if we see goals, they will be from the home side alone. Guangzhou have one of the weakest attacks in the entire league and they fail to score in the majority of their games. Zhejiang, in turn, have one of the best defenses in the current season and have conceded just a single goal in all of their six home games in the league. These are the best defensive stats in the league.

There is extreme value in the option for the BTTS-No here because Zhejiang do not allow their opponents to score goals at all. Overall, the team has conceded 11 goals this season and just one at home. With Guangzhou's terrible problems in attack and just 4 goals scored in 7 games, as well as Zhejiang's current best form, we expect this to be an easy win. Simply said, there is no value in the full time result markets, so this is the perfect opportunity.

When it comes to corners, these two teams have had similar results in the current season. Both sides have had an average of around 8.0 corners in their matches to date. Moreover, these are two of the teams that take the fewest corners per game individually too. Zhejiang Professional have taken an average of 3.9 per match to date while Guangzhou have the 2nd worst stats – only 2.5 corners per match in the current season.

Zhejiang Professional are another one of the new teams in the league and another one that has been doing better than average. Overall, the newly promoted teams in the league have all been nothing short of impressive. The team has been in unbelievable form after a bad start and has a single defeat in the last 10 rounds of play. They also won 6 out of their last 10 games in the league. Their goal difference is 20:11 right now.

Top Betting Odds and Stats for Zhejiang vs Guangzhou FC

FAQs regarding Zhejiang vs Guangzhou FC 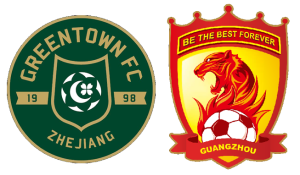 Zhejiang and Guangzhou are far from each other and the home team has more than double the points. Zhejiang are currently 8th with 23 points while Guangzhou FC are 16th with 10 points.