Maccabi Tel Aviv enter into the first leg of the Conference League qualifiers with an away match against Zira at the Dalga Arena. This will be a preview of the match complete with all the betting tips and predictions.

Zira have had a mediocre pre-season with not too many big wins. Maccabi Tel Aviv had a disappointing start to the time under Vladimir Ivic after losing on penalties to Maccabi Netanya in the Toto Cup Ligat Al.

The focus from Maccabi Tel Aviv will be to keep things tight at the back. Zira are unlikely to be on the goalscoring front by a huge margin and it is very likely that the Israeli outfit may get a clean sheet in the first leg.

Zira are back in Europe after an extended absence. The Azerbaijani outfit were last seen in Europe during the 2017-18 Europa League qualifiers. The squad has gone through a decent transformation with the addition of players like Ragim Sadykhov and Slavik Alkhasov. Filipe Pachtmann is the player unavailable for Zira because of a knee injury.

Maccabi Tel Aviv were quite disappointed not to get past the intermediate stage last season. This led the club to part ways with Mladen Krstajic and Vladimir Ivic has been brought in. Eran Zahavi is out after having undergone knee surgery while Shahar Piven is struggling with a calf strain. Dan Glazer is out because of the thigh muscle strain. 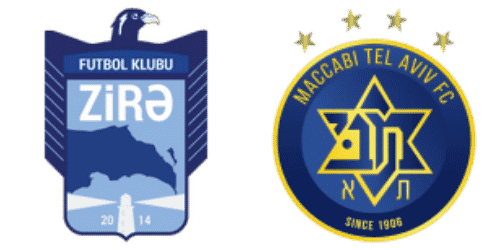 Dalga Arena will be the location for this European game.

Maccabi Tel Aviv are the overwhelming favourite to win the first leg.