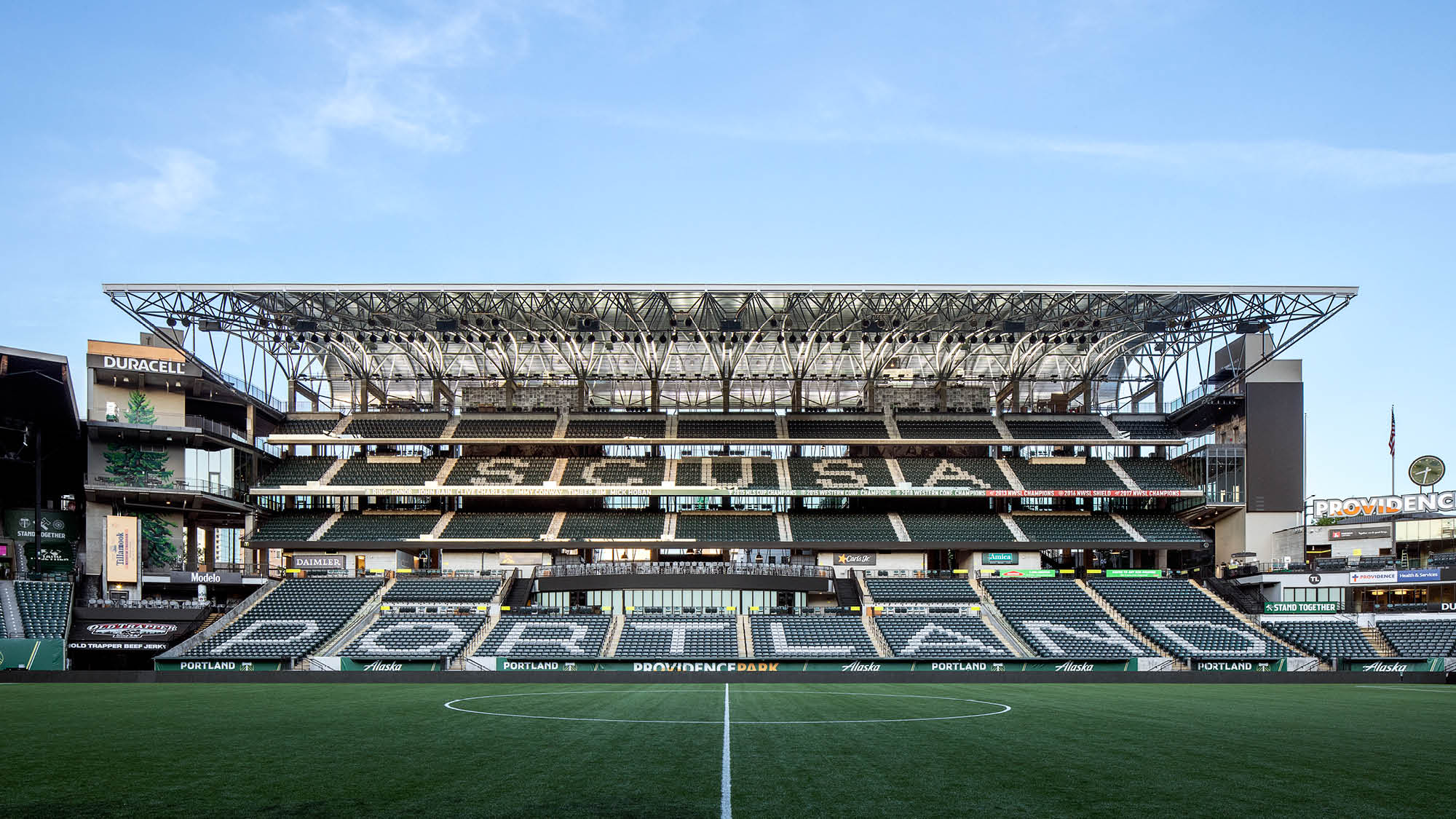 Providence Park is the oldest football-specific stadium in Major League Soccer, having existed in rudimentary since 1893. Over the years it has had several different names, including Multnomah Stadium, Civic Stadium, PGE Park, and Jeld-Wen Field. Founded in 1891, Portland-based Multnomah Athletic Club constructed the facility for their amateur sports teams. The venue was then expanded into a complete stadium in 1926, with the wooden benches and upper seating bowl still existing to this day.

The stadium plays host to two football clubs; Portland Timbers of MLS, and Portland Thorns FC of the National Women’s Soccer League. Several United States national team matches have also been played at the venue, as well as Soccer Bowl ’77, the 1999 and 2003 Women’s World Cups, the 2013 CONCACAF Gold Cup, and the 2014 MLS All-Star Game.

The stadium was renovated in 1956 to reflect its growing usage within the community, with the city then purchasing the facility in 1966, renaming it Civic Stadium. This decision came after two failed attempts to establish a new domed venue in Delta Park. Another renovation took place in 2001, when it was renamed PGE Park after the naming rights were purchased by Portland General Electric. Further renovations occurred a decade later, with Jeld-Wen acquiring the naming rights shortly after, naming the venue Jeld-Wen Field. That lasted until 2014, when Providence Health & Services bought the naming rights, changing the facility’s name to Providence Park, just as it is today. The most recent expansion took place in 2019, where the capacity was raised to 25,218 as a multi-level facade was added to the East End.

The Timbers Army is by far one of the most famous supporters’ groups in all of Major League Soccer, known for their noise and passionate support of their team, standing and singing throughout the entire 90 minutes. The group started out in 2001 as the Cascade Rangers, a reference to the Cascade Range of mountains in the Pacific Northwest. It changed its name in 2002, and by 2012 had accumulated numbers of more than 4,000 people in the North End of Providence Park on matchday. They began in section 107 of the stadium, and now occupy sections 101-108, and 202-208. The club have a cap on season ticket sales at 15,300, and boast a waiting list of 10,000, the largest in MLS. The Timbers have sold out every home game since the franchise moved to MLS in 2011, with the Thorns setting a single-game NWSL attendance record in 2019 with a sell-out crowd of 25,218. Both clubs ranked among the top ten in attendance among men’s and women’s professional football teams in the US and Canada in 2019.

Single and group tickets, annual memberships and premium seats can be found here.

Train: TriMet runs extra services on match days, with trains returning to regular schedule approximately one hour after the final whistle. Kings Hill/SW Salmon MAX Station will be closed one hour before kick-off, and will reopen 1.5 hours after the match ends. The last eastbound Red Line train to the airport comes through Providence Park Station at 10:30 pm.

Just a stone’s throw away from Providence Park is Park Lane Suites & Inn, whose prices begin at around $62 per night. Portland International Guesthouse is also nearby, with Hotel deLuxe also nearby. Prices for these two hotels begin at around $92 and $171 respectively.

The Civic Taproom & Bottle Shop is just seconds away from Providence Park, while M Bar and Kells Brew Pub are both just a ten-minute walk away. Other nearby bars include Lightning Will Bar & Grill, The Waiting Room, and Pope House Bourbon Lounge. For restaurants, look no further than The Phoenix Restaurant, Chomp Chomp, Currents at the Riverhouse, and Bos Taurus, among countless others.

Be the first to leave a review of Portland Timbers!