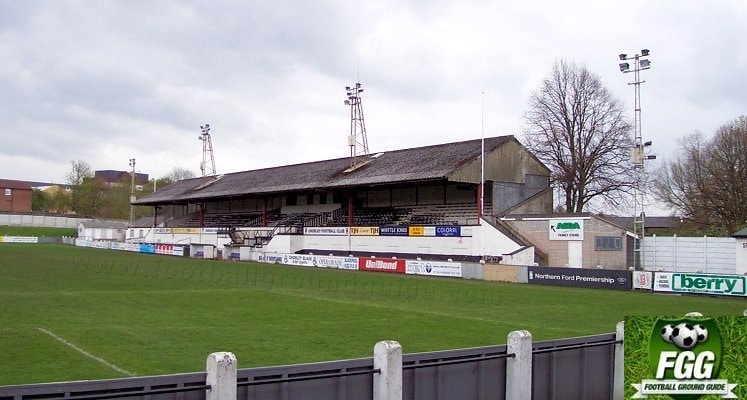 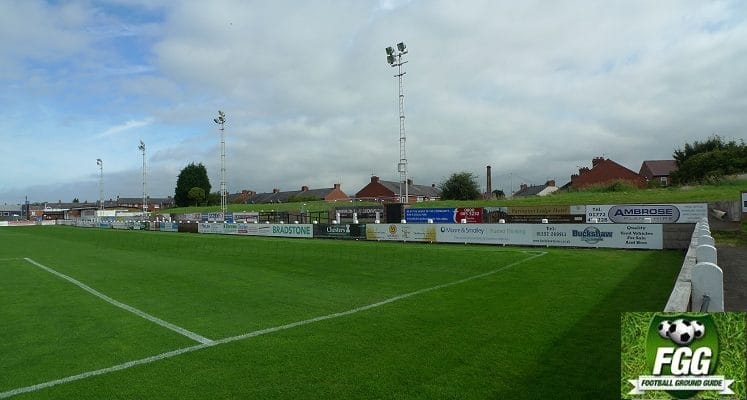 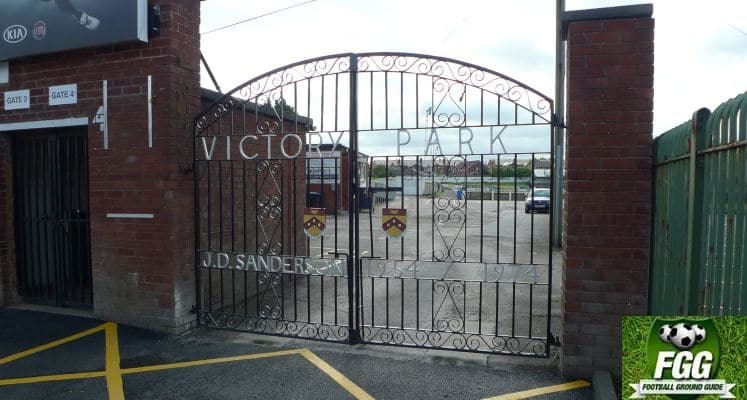 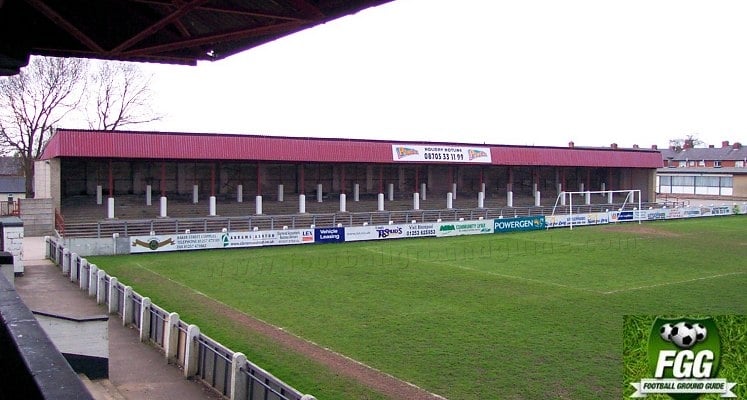 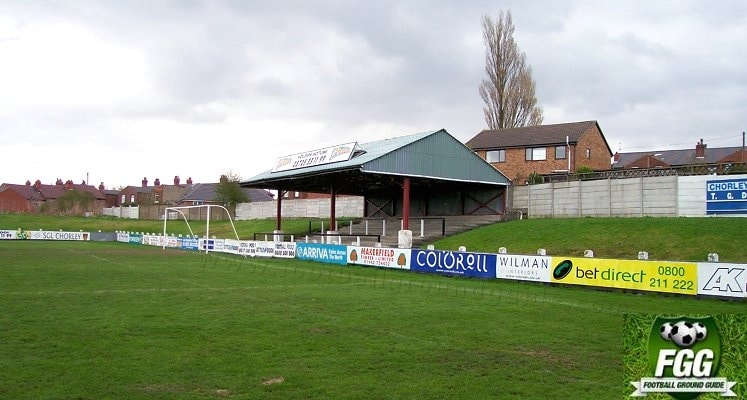 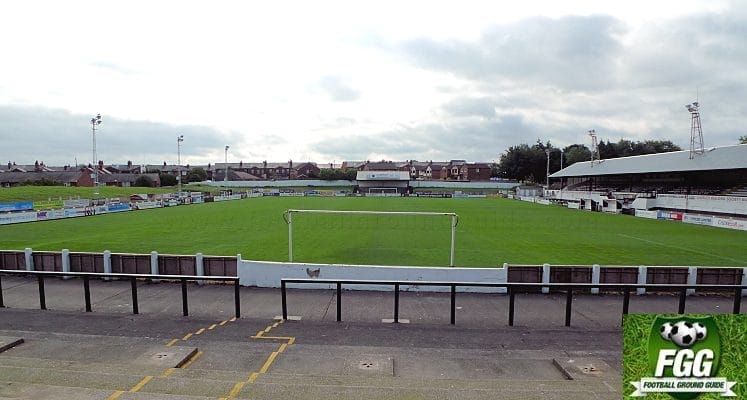 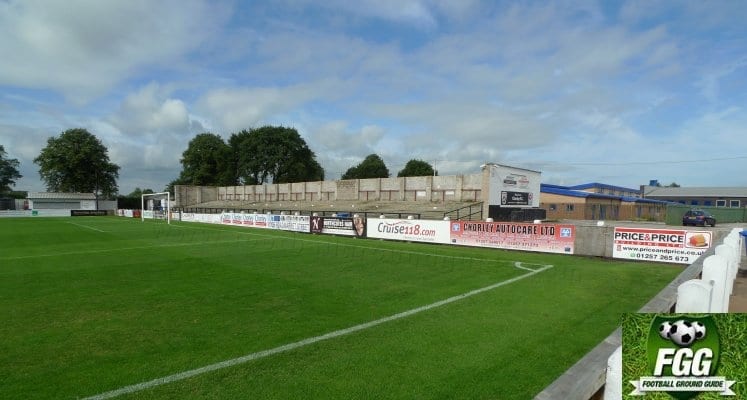 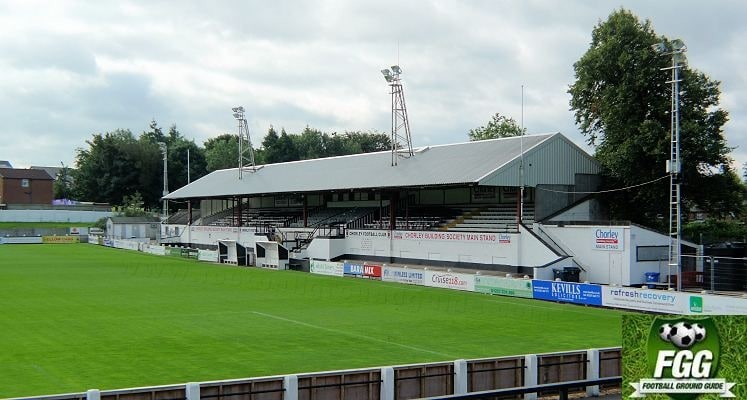 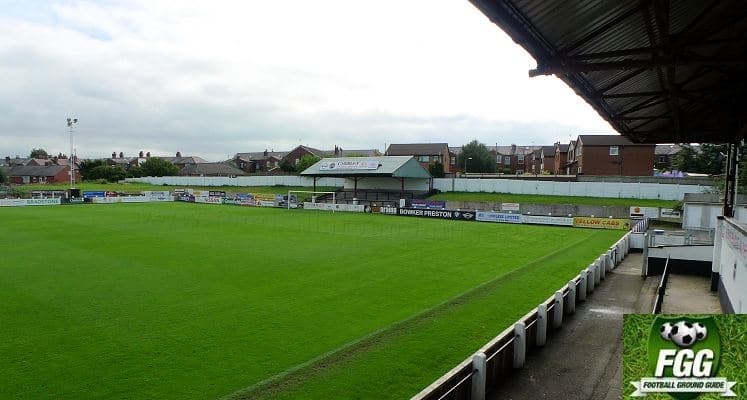 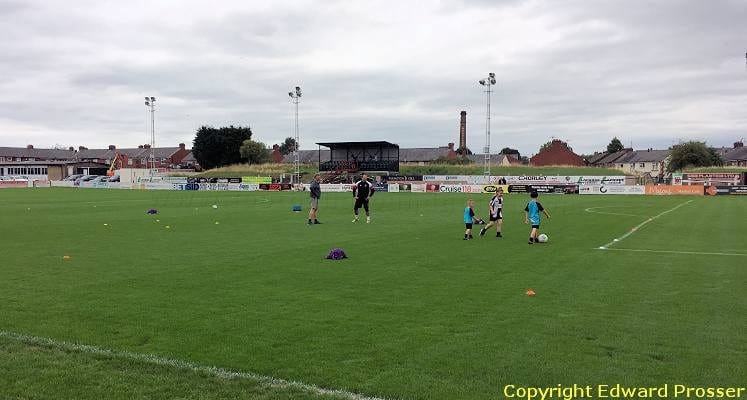 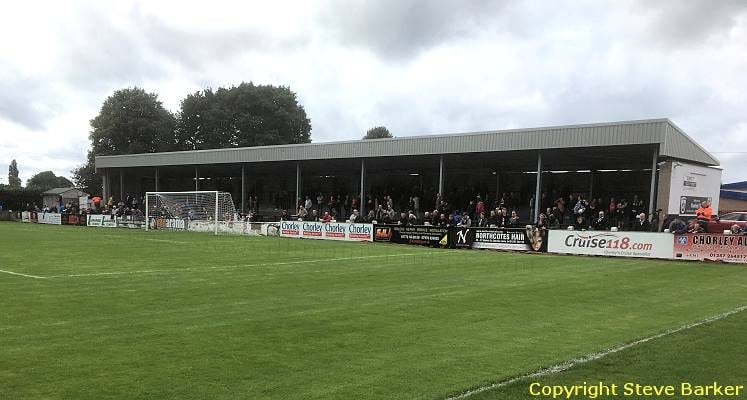 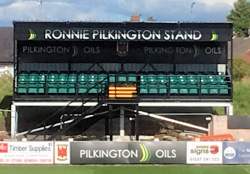 Well the ground maybe showing its age in parts, but it is certainly full of character and one that is well worth a visit. Named in commemoration of the winning of the First World War, Victory Park was opened in 1920. The Main Stand located on one side of the pitch was opened in 1947. It is covered seated stand, which has an area of terrace in front of it. The seated area is raised above pitch level meaning that spectators need to climb a set of stairs to access it. The stand itself doesn’t run the full length of the pitch, being around two-thirds of its size. It does have some supporting pillars that run across the front of the seated section and has a couple of strange looking floodlight pylons that protrude from its roof. Recently the roof was replaced with a new brighter white covering which has enhanced its appearance. The team dug outs are also located in front of this stand.

Opposite the Main Stand, is the mostly open Ashby Street Terrace. On this side located on the halfway line is strange looking small pre-fabricated covered seated stand, which is raised above pitch level, called the Ronnie Pilkington Stand (pictured above right). It was installed at the end of the 2017/18 season and is intended to be used by corporate guests. To either side of this stand are flat standing areas, whilst behind this side are a row of small floodlight pylons with a grassy bank behind these. Apparently at one time fans used to stand on this grassy bank, but alas no more. At one end is a small covered terrace that sits directly behind the goal, which is called the Pilling Lane End. Oddly does not have any open terrace to either side but has instead grassed areas. At the other end is a more substantial sized terrace, the Duke Street Terrace. This end had a new roof put on in early 2016. As well as giving some much-needed cover, it has also helped boost the atmosphere within the ground. However, it does have a number of supporting pillars running across the front of it. Also of interest is the stadium entrance which has some wrought ironwork gates.

For most games at Victory Park, fans are not segregated. If segregation needs to be put in force then the Pilling Lane End is allocated to away fans. This consists of a small covered terrace that runs for around a quarter of the width of the pitch and is situated directly behind the goal. It does have some supporting pillars along the front that could impede your view. There is also a small flat standing area running behind the pitch perimeter wall.

There is the Victory Social Club at the ground which welcomes visiting supporters. Otherwise, a few minutes walk from the ground on the Pall Mall Road is a small pub called the Plough. Mark Cotterill ‘There is the Duke of York pub which is less than five minutes walk away from Victory Park on Bolton Street. It welcomes away fans, has two bars and shows BT and Sky Sports’. Also on Bolton Street is a small micropub called Bootleggers.

If you like your real ales then around a ten minute walk away on Brooke Street is the Potters Arms which was formerly listed in the CAMRA Good Beer Guide. If arriving by train then near to the station is the Ale Station micropub which is located on Chapel Street. Also on Chapel Street, there is another small pub called the Shepherds Hall Ale House, as well as the Crown. All three of these pubs are CAMRA Beer Guide listed. Also in Chorley town centre, which is around a 10-15 minute walk away from Victory Park, is a Wetherspoons outlet on New Market Street, called the Sir Henry Tate.

The Club are looking to see if they can put in a small stand on the Ashby Street Terrace side of Victory Park. This will be used for Corporate visitors.

Leave the M6 at Junction 27 and take the A5209 towards Standish/Chorley. On reaching a small roundabout with an Esso garage on the left, take the 1st exit into Chorley Road. Follow this road until its end where you will reach a T-junction that has a set of traffic lights. Turn left at the lights onto the A6 towards Preston. At the next roundabout take the first exit towards the town centre and then take the immediate left into Duke Street. Then take the second left into Ashby Street and the entrance to the ground is down on the right. There is little car parking available at the ground itself, so mostly a case of finding some street parking.

Chorley Railway Station is situated around a half mile away from Victory Park and takes about 10-15 minutes to walk. The station is served by trains from Preston, Manchester Piccadilly and Manchester Victoria, the latter is about a 40 minute train journey away.

As you come out of the main station entrance, turn left and walk up the station approach road to the main dual carriageway. Cross over the dual carriageway via the pedestrian crossing to the other side and turn left. Go straight on at two roundabouts, passing a KFC on your right and a Morrisons Store on your left. At the third roundabout where there is the Eagle Hotel pub on the far corner, turn right into Bolton Street and then take the immediate left into Duke Street. Then take the second left into Ashby Street and the entrance to the ground is down on the right.

Concessions apply to Over 60’s, NHS Staff, Members of the Armed Forces.

Chorley Hotels - Find and Book Yours And Help Support This Website

If you require hotel accommodation in Chorley or nearby then first try a hotel booking service provided by Booking.com. They offer all types of accommodation to suit all tastes and pockets from; Budget Hotels, Traditional Bed & Breakfast establishments to Five Star Hotels and Serviced Apartments. Plus their booking system is straightforward and easy to use. Yes this site will earn a small commission if you book through them, but it will help towards the running costs of keeping this Guide going.

Map showing the location of Victory Park in Chorley

Special thanks to Steve Barker and Edward Prosser for providing the photo of the Duke Street End and Ashby Street Side at Victory Park, Chorley.