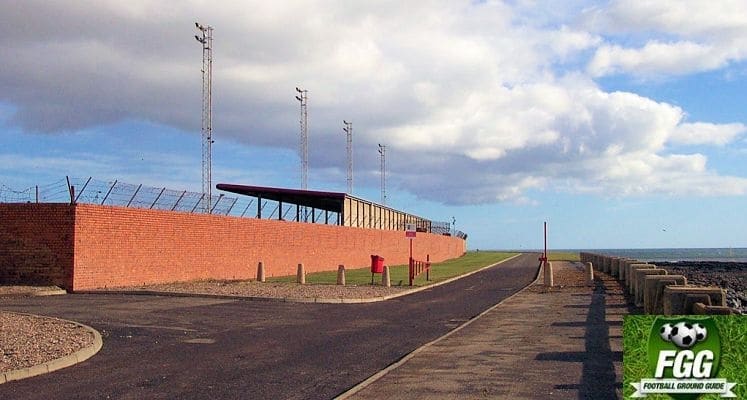 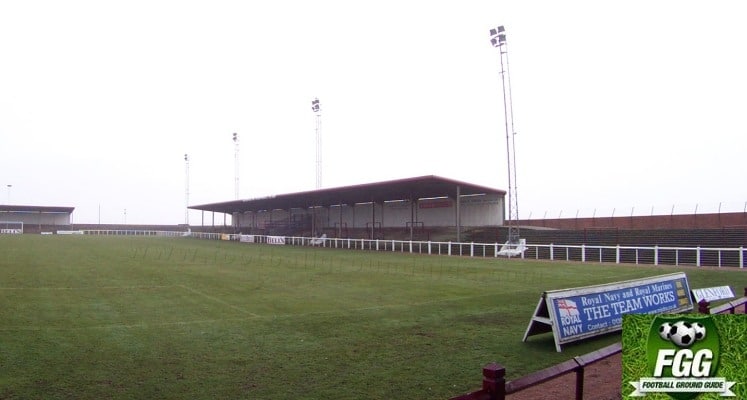 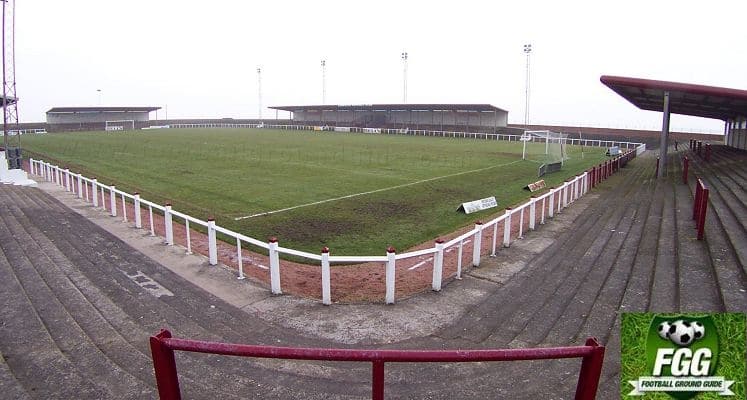 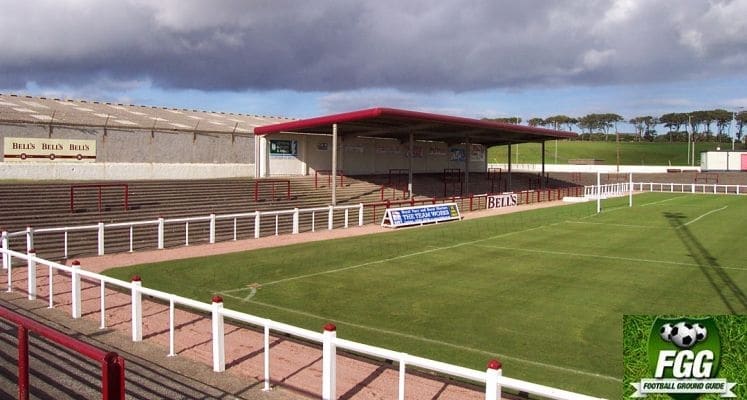 Gayfield is predominantly made up of terracing which extends around three corners of the ground. However, this gives the stadium a lot of character, especially as terracing is slowly but surely disappearing generally from football stadia. On one side is the Gayfield Main Stand which was opened in 2002 and extended in 2010. This is a covered single tiered, all seated stand, which has a large floodlight pylon protruding from the centre of its roof. The other sides of the ground are all terraces that are of a similar size. Each side has a small covered area, that covers the centre part of the terraces to the rear. There are also a number of small floodlight pylons that run down the East side of the pitch, the bases of which are situated within the East Terrace.

It is interesting to note that Arbroath for over 100 years held the World Record for the biggest victory in a competitive game. 36-0, against Aberdeen Bon Accord in 1885. Former Arbroath player John Petrie also held for sometime the World Record for number of goals scored by one player in a competitive game, scoring 13 of the 36 goals in that match.

Supporters are normally housed in the Seaforth Terrace at one end of the ground. This end is also affectionately known as the 'Pleash End' as it has the Pleasureland indoor amusement arcade at the back of it. If demand requires it, then the East Terrace at one side of the pitch can also be allocated. Normally a relaxed and hassle free day out. John Stenhouse adds; 'make sure you have a pie, they are amongst the best you'll find'.

Jamie Malley informs me; ''no matter how good the weather forecast is take a coat! and if its anytime between October and March also take a set of thermals. Gayfield is the closest ground to the sea in Britain (and in fact in Europe) and when the wind comes in off the North Sea it gets a wee bit chilly.  Also if its really windy don't stand in the East terrace unless you've got an umbrella – the sea may come over the wall and you'll end up very wet!'

David Lewis informs me; 'There is a small bar located in the Main Stand, called the 36-0 Lounge, which opens an hour before kick off. Although small it was comfortable with a television showing the latest scores. Away fans are welcome to use the bar, unless segregation is in place for the match.' Otherwise the nearest bar to the ground is the Tutties Neuk, on Queens Drive, which is just across the road from the ground. The bar is popular with both home and away fans, although it is a little on the small side.

Jamie Malley adds; 'Tutties is the place to go pre-match.  Home and away supporters will freely mingle before the game and the banter is pretty good – I've even heard some away fans describe this as the best pre-match boozer in Scotland. Otherwise, within the town itself there are a number of pubs, the best of which is probably the Corn Exchange (a Wetherspoons outlet) for cheap beer 'n' food.  If you are after a quieter pub the harbour area has a load.  For food the pies at Gayfield are so-so and if you want one best go before half time as they usually run out. Remember Arbroath is famous for its fish, so make sure you have some fish and chips before you leave. If there's a chippie that serves better and fresher fish than Peppos on the harbour, then I've yet to find it and I've eaten fish & chips all over the country! Also if you are down at the harbour there's no end of shops selling Smokies'.

The ground is easy to find as it is located on the main A92. If approaching Arbroath on the A92 from the South, you will come to the ground on your right. There is plenty of street parking to be found along the sea front.

By Train and Nearest Bus Station

Arbroath Railway Station is around a 15 minute walk away from Gayfield Park. From the railway station come out of the main entrance and turn left. Walk down to the bottom of this road and turn right into Millgate Loan. The ground is approximately half a mile along this road – you can't really miss it.

From the Bus Station – come out of the bus station onto the dual carriageway – turn right and walk away from the town towards the Signal Tower museum. You'll see the ground ahead of you – its a 10/15 minute walk.

Thanks to Jamie Malley for providing the directions.

Arbroath Hotels - Find and Book Yours And Help Support This Website

If you require hotel accommodation in Arbroath then first try a hotel booking service provided by Booking.com. They offer all types of accommodation to suit all tastes and pockets from; Budget Hotels, Traditional Bed & Breakfast establishments to Five Star Hotels and Serviced Apartments. Plus their booking system is straightforward and easy to use. Yes this site will earn a small commission if you book through them, but it will help towards the running costs of keeping this Guide going.

Map Showing The Location Of Gayfield Park In Arbroath

Special thanks to David Linden for providing the photo of the Main Stand at Gayfield Park, Arbroath FC. 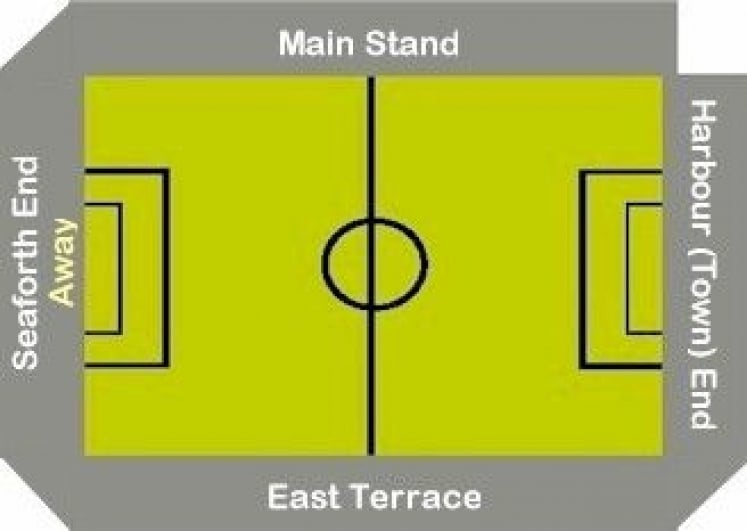