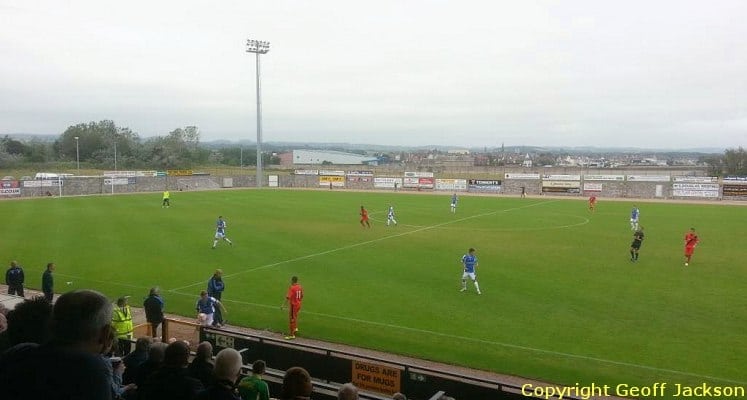 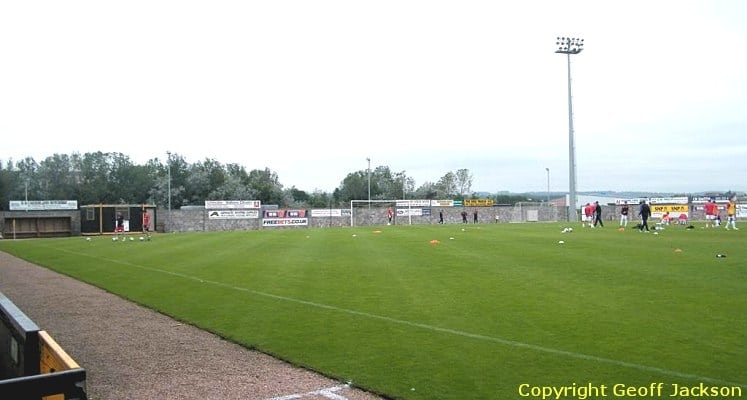 Unofficial Web Site: Away From The Numbers

Bayview Stadium was opened in 1998 after the Club moved from its old Bayview ground. It currently has only one stand, which sits on the South side of the pitch. However, The stand is of a fair size, is covered and all seated. The space and height between rows are adequate, giving fans a good view of the action. The other three sides of the stadium are unused for spectators. This means that you can enjoy some good views of the bay and the North Sea beyond. At the end of the 2016/17 season a new 3G artificial playing surface was installed at the ground.

Away fans are located in the North part of the Main Stand, where up to 1,000 can be accommodated. The facilities in this stand, as you would expect from a new ground are good, with even the stadium music and announcer piped through to the toilets! The ground is right on the coast and at times a biting wind can come off the North Sea so make sure that you wrap up well.

Claire Elliott a visiting Wolverhampton Wanderers fan adds; ‘I can only say what a hospitable club East Fife is. The bar is reasonably priced and has a good view of the pitch. Now the power station that used to be opposite the ground has gone, you also get a nice view of the sea. A very friendly club indeed’.

There is a social club above the Main Stand, which welcomes away fans. It is quite a comfortable club, which enjoys good views across the Bayview Stadium. Otherwise, there are no other bars located close to the ground that I am aware of.

The ground is quite easy to find as it is situated on the sea front and is quite visible from a distance. From Kirkcaldy take the A911 towards Methil and then the A915 to Leven. Then turn right onto the A955 towards Leven & Methil. Follow the A955 through Methil towards Buckhaven. As you go along the sea front, the ground should be visible over to your left. Turn left onto the B932 (South Street) and then left again into Harbour View Road. The ground is down the bottom of this road on the left. There is a fair sized car park at the ground.

There is no railway station in Methil itself. The nearest is in Kirkcaldy which is around eight miles away. John Thompson adds; ‘On Saturdays’ there is an excellent X26 bus service from Kirkcaldy to nearby Leven leaving Kirckaldy about every 30 minutes and goes to Leven Bus station which is about 10 minutes walk from Bayview, on the other side of the old Methil Power Station. After the game there was a 17:15 X26 leaving from Leven bus station which was made no problem allowing me good time back at Kirkcaldy , that X26 actually goes back to Glasgow via Dunfermline’.

Thorsten Mankel adds; ‘If you want to go back to or from Kirkcaldy (the nearest train station), the best way is the Number 7 bus (Dunfermline to Leven). It leaves Kirkcaldy bus station (Stance 1) every 30 minutes, passes the train station and stops in South Street at the junction of Harbour View, which is only a short walk from the Bayview Stadium.The bus journey time is 35 minutes. This is possible even on a midweek game with the bus leaving on the street in front of Bayview at 9.42 or 10.42 pm back to Kirkcaldy/Dunfermline’. For further information visit the Stagecoach website.

* For this match additional temporary seated stands were erected around the other three sides of the ground.

If you require hotel accommodation in Methil and Leven then first try a hotel booking service provided by Booking.com. They offer all types of accommodation to suit all tastes and pockets from; Budget Hotels, Traditional Bed & Breakfast establishments to Five Star Hotels and Serviced Apartments. Plus their booking system is straightforward and easy to use. Yes this site will earn a small commission if you book through them, but it will help towards the running costs of keeping this Guide going.

Map Showing The Location Of The Bayview Stadium in Methil

Special thanks to Geoff Jackson for providing the photos of the Bayview Stadium East Fife FC. Check out Geoff’s Cumbrian Groundhopper blog. 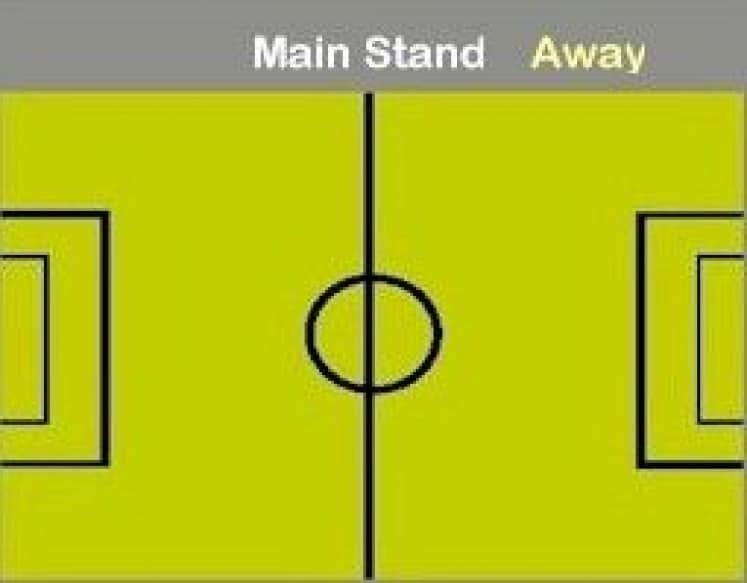