Coming to a ground near you?

Recently the Conference League changed its rules to allow synthetic 3G pitches to be allowed in the Conference National League, (the League that feeds into the Football League). This follows on from the FA's decision in 2014 to allow artificial surfaces to be used in all rounds of the FA Cup. With the success on the field of Sutton United and Maidstone United, who both have artificial playing surfaces and with both in contention for promotion from Conference South (Sutton United have subsequently won the League and have been promoted, whilst Maidstone United will contest the Play Offs) the Conference League changed the rules to avoid the possibility that they might have to refuse promotion to the Conference National League to one of these Clubs. Currently artificial surfaces are not allowed in the Football League, but will this one day change? Well let us first look at the reasons why more Clubs are replacing their grass pitches. 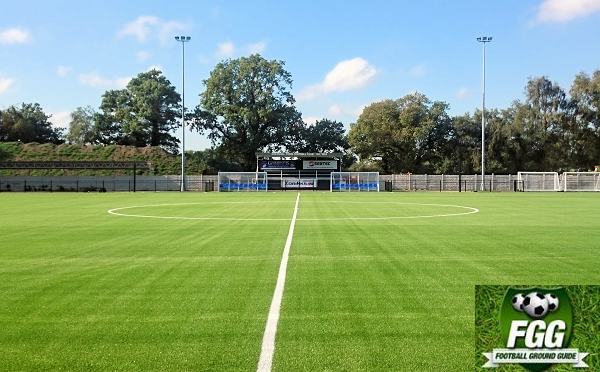 Well of course it comes down to money. A grass surface can on average only be played on for around 4-5 hours a week, whereas an artificial pitch can be played on around 50 hours a week. The Club not only save on the costs of the upkeep and maintenance of a grass surface, but by going artificial, open up a number of other revenue generating streams. For example the synthetic pitch can be hired out for other teams matches, as well as training. The Club if it is geared up, can also provide other services to these other teams and spectators who are using their facilities. Also if the Club run teams on other levels that currently use other venues or pitches, then further money can be saved by bringing those teams back onto the home ground to play their games and undertake training.

Artificial surfaces are are also less prone to be deemed unplayable due to adverse weather conditions, so less games are called off. It is noticeable that currently a number of Clubs in Wales and Scotland have adopted thse new pitches as they generally have harsher weather conditions to contend with, so the move away from grass makes sense for these Clubs. I too had an experience of this where I wanted to go to a Non-League game one Saturday afternoon, but due to torrential rain, all the games were called off in the local area, apart from Sutton Coldfield Town, as they have an artificial pitch. You can guess where I watched my football that day!

Keeping the pitch pristine at Newtown AFC (Welsh Premier League)
(at first glance I thought he was mowing it!)

But this does come at a cost. Installing an artificial pitch can cost in the region of a £500,000, a huge outlay for a small club and the pitches don't last forever as they do wear out and will need renewing with ten years. However many Clubs are showing that they can make them pay for themselves, plus bring extra revenue into the Club. It is no wonder that a number of Clubs in the lower echelons of the Football League have expressed an interest in exploring the possibilities further, but currently League rules stipulate that a Club must have a grass surface. But is this likely to change?

The traditionalists in the game still prefer grass surfaces and I am in agreement with them. But surely at lower levels it makes more sense for a Club to have a synthetic surface? Artificial pitches are more widespread in Europe where they have been used in some Champions League games and European Championships qualifying matches. So if they are good enough for them, then surely they are for the Football League? There are some concerns that these pitches may produce more non-contact injuries for players, but there is not sufficient statistical data available to categorically prove this, so it seems that the resistance to the new surfaces, is really just down to a resentment against change.

Still with artificial pitches now allowed in the Conference National League, it is only a matter of time before the Football League is faced with the same situation that the Conference League has recently faced i.e.. Clubs who have an artificial pitch and who have won the League or Play Off's face the prospect of being denied promotion, due to not having a grass pitch. Well you might say that they are the rules, so tough. But I can see another situation possibly developing in the future where some Conference Clubs say that actually they don't want to be promoted to the Football League. That in fact the Football League is not the 'land of riches and honey.' Why should they rip up their £500,000 pitch and replace it with grass, cut off much needed additional revenue and deny their local community and much needed amenity? In some cases the Club would be better staying in the Conference. This stance would certainly cause controversy and heap the pressure on the Football League to change the rules about allowing artificial surfaces.

So watch this space, there are interesting times ahead in this debate. But if I were a betting man I would be placing my money on the likelihood that artificial pitches will be allowed in the Football League (at least at League One and Two level) within the next five years.

Sutton United replaced their grass pitch with an artificial surface in 2015.
The video below shows a time lapse sequence of the works being carried out:

The video above was produced by Sutton United FC along with S&C Slatter who carried out the works.
I believe the works took around six weeks. The video is publicly available on YouTube.

FootballGroundGuide » News » Coming to a ground near you?