Hot on the heels of the opening of the North Stand last year, the Club have announced further plans to expand the capacity of the Hive Stadium to 8,000. This will chiefly be achieved by a building a new South Stand at one end of the ground, replacing the existing terrace. This stand which will be all-seated and have a similar design to the North Stand, but will be larger with a capacity of over 2,000. 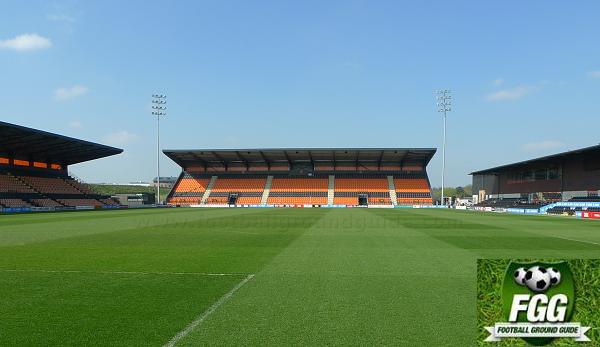 The Club have also announced that they intend to take out the seating on the East side of the stadium and replace it with a terraced area, which will be more wider than the existing seated area. Outside the ground, a new multi-storey car park has been proposed near to the South End whilst behind the North Stand, the Club would like to install a number of artificial pitches, for use of the Barnet Academy and for the wider community. You can view plans and drawings of the proposed changes on the Barnet FC website (PDF document).

With the necessary finance in place, the Club will now seek planning permission from the Local Authority to proceed. However, the ground has been subject in the past to restrictions on its size and with some proposed opposition from local residents, then this may be a lengthy process.