Coventry City have announced that they are to leave the Ricoh Arena and move to St Andrews, the home of Birmingham City for the 2019/20 season. The Club who were tenants at the Arena have failed to agree on a new rental agreement with Wasps Rugby Club who own the stadium and have decided to groundshare instead. Negotiations have not been helped with separate legal action going on by the owners of Coventry City FC in relation to the sale of the Ricoh Arena to Wasps by Coventry City Council.

What Would Jimmy Hill Say About This? 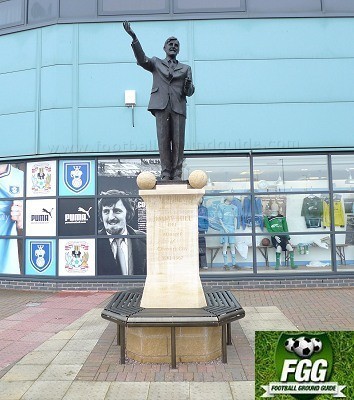 St Andrews is around 19 miles away from the Ricoh and this will be the second time that Coventry have groundshared in recent years, having spent a season at Northampton Town in 2013. That move was understandably not popular with a lot of Coventry fans and this move to Birmingham is likely to be the same. However, it was this or face expulsion from the Football League, so at least it can give the Club some breathing space to either resolve their differences with Wasps or find or build an alternative venue in the Coventry area.