The demolition of Nene Park, the former home of Rushden & Diamonds is now underway. Nene Park which has been unused since 2012, was a nice ground, which was excellent by non-league standards and fulfilled Football League criteria. I went to the very first Football League match played there against Lincoln City in August 2001. Even then I did feel that the ground which I thought was literally located in the 'middle of nowhere' was never going to be sustainable. In fact with a capacity of 6,441, you could fit the whole population of Irthlingborough, the nearest town to Nene Park, inside the ground and have room to spare!

Looking Towards The Airwair Stand 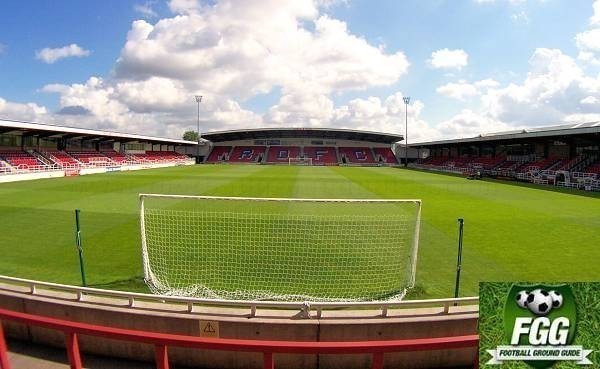 The ground was first opened in 1969 and was the home of Irthlingborough Diamonds. But after Max Griggs, the owner of the Dr Martens footwear company took over both Irthlingborough Diamonds and Rushden Town in 1992, to form Rushden & Diamonds, the ground was transformed into a new stadium over the next ten years. In January 1999, Nene Park had its record attendance, when 6,431 fans watched the FA Cup Third Round Game against Leeds United (score 0-0). 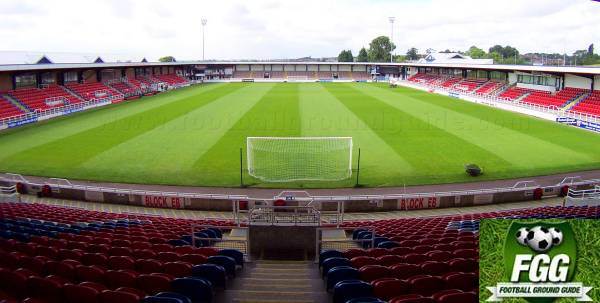 In 2005 owner Max Griggs sold the Club to the Supporters Trust for a nominal £1.However without its wealthy backer the Club struggled and eventually went of business in 2011. In what seemed a rather bizarre move at the time, Kettering Town moved into the ground, but left in 2012, after which the ground became unused.

External View Of The Airwair Stand 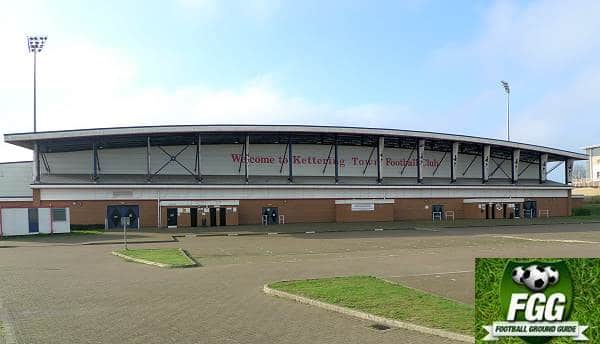 A new supporters 'phoenix' club was formed in July 2011 and AFC Rushden & Diamonds was born. The club play at the intriguingly named 'Dog and Duck' Stadium and are members of Northern Premier League Division One South (Step 8 of the English League Pyramid).

Although Nene Park is being demolished, it is not known at this time, what will be built (if anything) on the site.