West Ham United To Install Seats Closer To The Pitch

West Ham United have announced that they are looking to add seating at each end of the London Stadium, that are located closer to the pitch, than the present arrangement. The London Stadium that was built as an athletics stadium and still needs to retain the ability to host athletics events. But has received criticism from many supporters, both home and away, due to the distance that many fans are located from the playing action. Not only has this meant that for many the sightlines have not been great, but also that the atmosphere has been dampened at times.

The photo below shows the current arrangement with the noticeable gaps between the front of the seating and the pitch area:

The computer mockup below (courtesy of the West Ham United website) shoes how additional seating will be installed at each end, which are closer to the pitch, whilst 'squaring off' both ends in a more traditional football ground alignment. Both sides of the stadium will remain the same. 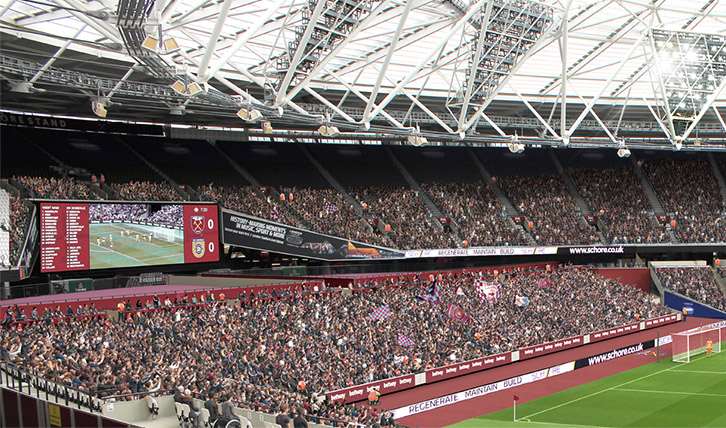 The Club hopes that this will neatly fit in with its application to increase the matchday capacity from 60,000 to 62,500. If all goes to plan then these additional seats will be installed before the start of next season.

It is unclear at the moment whether this will impact away fans who currently have a front and rear section in the Sir Trevor Brooking Stand. But it would seem unlikely that away fans will be given some of these pitchside seats. Although this development may help those who are able to be housed in the new seating areas and it may well help boost the atmosphere a bit, it still doesn't help the many thousands of fans who are located in other parts of the ground, that are still 'miles away from the pitch.'