Wolverhampton Wanderers have created a small piece of history by being the first Premier League Club to install new seating with barriers, at an existing ground. The works which have already commenced will see the whole of the Sir Jack Hayward (South Bank) Stand have new seats with a safety barrier also installed along each row, as well as part of the Stan Cullis Stand. Wolves become the second club to have such barriers in the top tier of English football after the new Tottenham Hotspur Stadium which opened towards the end of last season.

Some Of The Safety Barriers At Tottenham 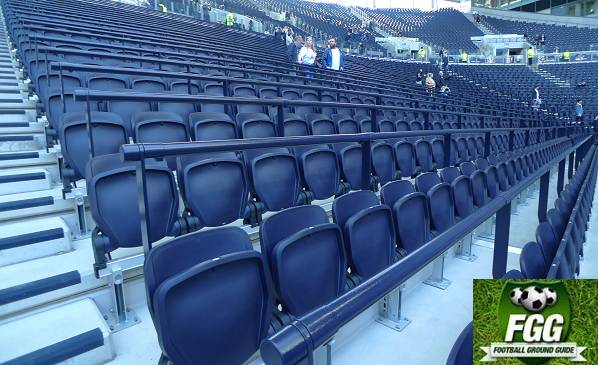 Safe Standing areas are not allowed in the Premier and Championship Leagues, although in the rest of the Football League they are, with Shrewsbury Town becoming the first club to install rail seating and create a safe standing area last year. A recent change to the guidance provided by the Sports Grounds Safety Authority now allows seats with safety barriers to be installed in the top tiers of English Football, however, everyone is at pains not to call it ‘safe standing'. But surely these barriers will encourage people to stand? and lets be honest in certain parts of most grounds people stand anyhow to watch a match. Many other clubs will be watching this development with great interest and more and likely these areas will in the near future, become a common feature at most ‘all-seated' football grounds.