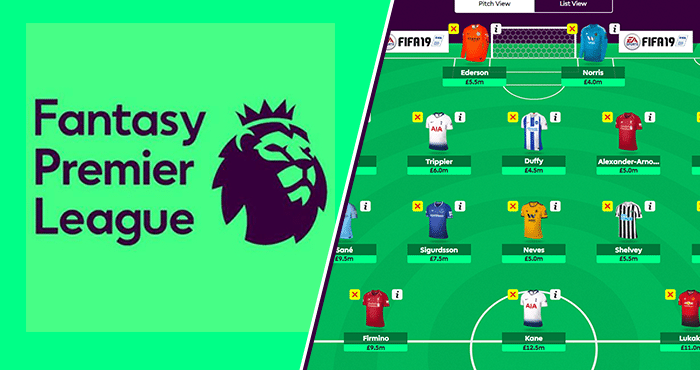 Fantasy football is wonderful – you can play in leagues involving thousands of players, compete against friends and family, and even build your own teams too. On that note, we’ve witnessed some pretty creative and quite funny fantasy football league names over the years. After all, although there can be large cash prizes on offer, fantasy football should be fun for everyone involved. Having a creative and funny league name keeps things nice and lighthearted, and it might just give a few people some laughs.

Since you are reading this page, we will assume that you are looking for some of the funniest league names, which is precisely what we’ve served up for you below.

As promised, check out the funniest and most creative fantasy football league names right here.

The name says it all for this one. Of course, you can enjoy fantasy football any time of day, or night. But it’s probably not recommended to be playing fantasy football when you are supposed to be working, which is precisely what this league name highlights. You can just imagine a team of office workers trying to sneak in a bit of fantasy football during work hours in this league, and to be honest, although the name isn’t overly creative, it is pretty humorous. We just hope that in this league – nobody loses their jobs for being overly enthusiastic about fantasy football!

In fantasy football, you can regularly find a few league names that reference a bit of drinking action. In this one, the whole angle is around the famous ‘stay thirsty my friends’ commercials that have been all over our TV screens in recent years. As you may be aware, these commercials promote a character that is somewhat of a legend, and he seems to enjoy a good few Dos Equis beers, which could be an activity that people engage in within this particular league.

Although the commercials promote staying thirsty for beer, we suspect that the main thirst in this league is to try and win at fantasy football. Who knows, maybe the mythical Dos Equis character himself takes part?

Once again, we find ourselves with a reference to drinking in this one. Mind you, there is absolutely nothing wrong with having a few beers while playing a bit of fantasy football, as long as you don’t get carried away and put a league 2 striker in as your fantasy striker for the week! As the saying goes, if you want to get something impossible achieved, it can require blood, sweat, and tears. However, in this league, it would seem that the recommended recipe for success is blood, sweat, and beers.

While this might work for some people, we do have our suspicions! Either way, this is a pretty cool play on words for a phrase that just about everybody knows.

We need some time away from our family

We have a feeling that whoever created this team name might have quite a hectic home life going on at the moment. And what better way to escape or have some alone time than to get involved in a fantasy football league with others that are struggling to keep up with the chaos of their individual home lives? We can only imagine the banter that goes back and forth in this league, although we do hope that none of the participants gets rumbled by their spouses or partners!

Or if they do, we would hope that they are at least in a position to win some cash during their fantasy league adventures.

Too poor to golf

Hey – everybody likes those people that are honest, and it’s hard to get more honest than this. Obviously, this name isn’t all that creative either, but it’s a name that will certainly draw a few laughs out of the participants. It’s all the more appealing since there is a bit of a running joke in the sporting community regarding that golf is a sport reserved for the wealthy or the elites, which is why this particular league name makes a lot of sense. But who knows, if some of the participants win some cash in the league, maybe they will then be able to afford a set of clubs and get playing?

Or maybe they have no interest in playing golf whatsoever!

We sincerely hope that the players in this league aren’t planning on snapping too many necks, but we can probably approve of the cashing checks part. Obviously, the appeal of this one is the short punchy slogan, not to mention that it rhymes, which everybody enjoys. One can’t help but get the feeling that the participants in this particular league can be pretty ruthless, and it’s no doubt a pretty competitive league.

Ideally, we would hope that the cashing checks part doesn’t follow a process of snapping necks. We think it would be much friendlier if the participants cashed their checks after picking the right fantasy players, but hey, each to their own.

This little gem is another play on words, and rather than any extraordinary gentleman, it would seem that the league creator fancies themself as a bit of a nerd. With that said, we’d have thought that a ‘nerd’ would be pretty good at analysing statistics and therefore making fantasy football decisions, so maybe this worlds in their favour? We can just imagine a boardroom full of monitors and screens while a team comes up with complicated algorithms to win the league, although we highly doubt that this is the case. Either way, you’ve got to admire the creativity of this league name!

So there you have it – 7 of the funniest and most creative fantasy football league names right now, but we have no doubt that there are more gems floating around in today’s world.