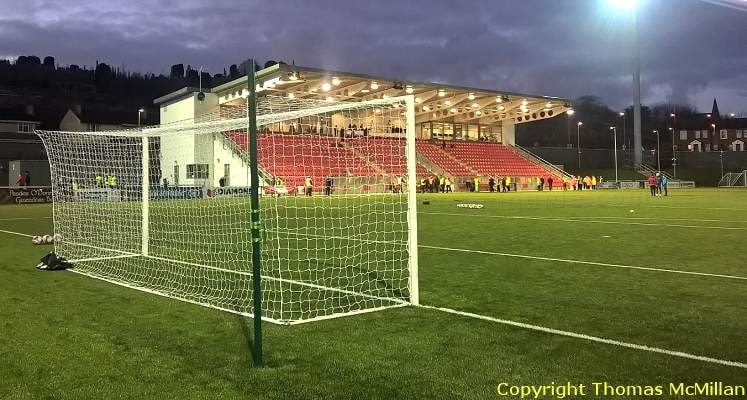 Institute FC will play their home fixtures for the 2018/19 season at Brandywell Stadium, the home of Derry City FC. This is due to problems with Institute’s Riverside Stadium that was badly affected by flooding in 2017, which has meant that the Club has been unable to return there. As Derry City play in the League of Ireland it means that top fight Northern Irish League football will be played at Brandywell for the first since 1971.

It is envisaged that for most games only the Main Stand will be open, the ticket prices are as follows:
Adults £11
Over 65’s/Under 22’s £7
Under 18’s £5
Under 12’s Free when accompanied by a paying adult.

For more information about Brandywell Stadium and how to get there, see the Derry City page of this website.

Be the first to leave a review of Institute!