Plymouth Argyle have announced that they are to buy the Home Park ground from its current owners Plymouth City Council. The Club originally owned the ground but due to financial pressures, came to an agreement to sell it to the Council and lease it back. This helped the Club through a difficult time, but under the stewardship of Chairman James Brent, the ship Club now has now of a more sound financial footing. So it would seem a natural progression to buy back the Home Park ground.

The Club have also signaled their intention to build a new stand to replace the current Grandstand. Plans have previously been drawn up before to do this, but each scheme has not come to fruition. It is hoped that this time around it will become a reality and the Club are targeting the new stand being open by 2020. That year will be the 400th anniversary of the Mayflower leaving Plymouth for the New World and the city will not only be celebrating this, but will also be in the spotlight of the World media.

The Grandstand
(which was opened in 1952) 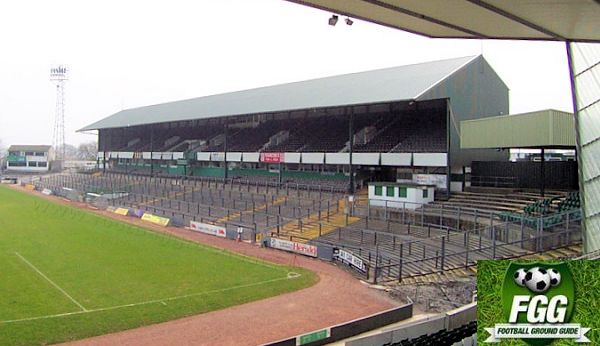