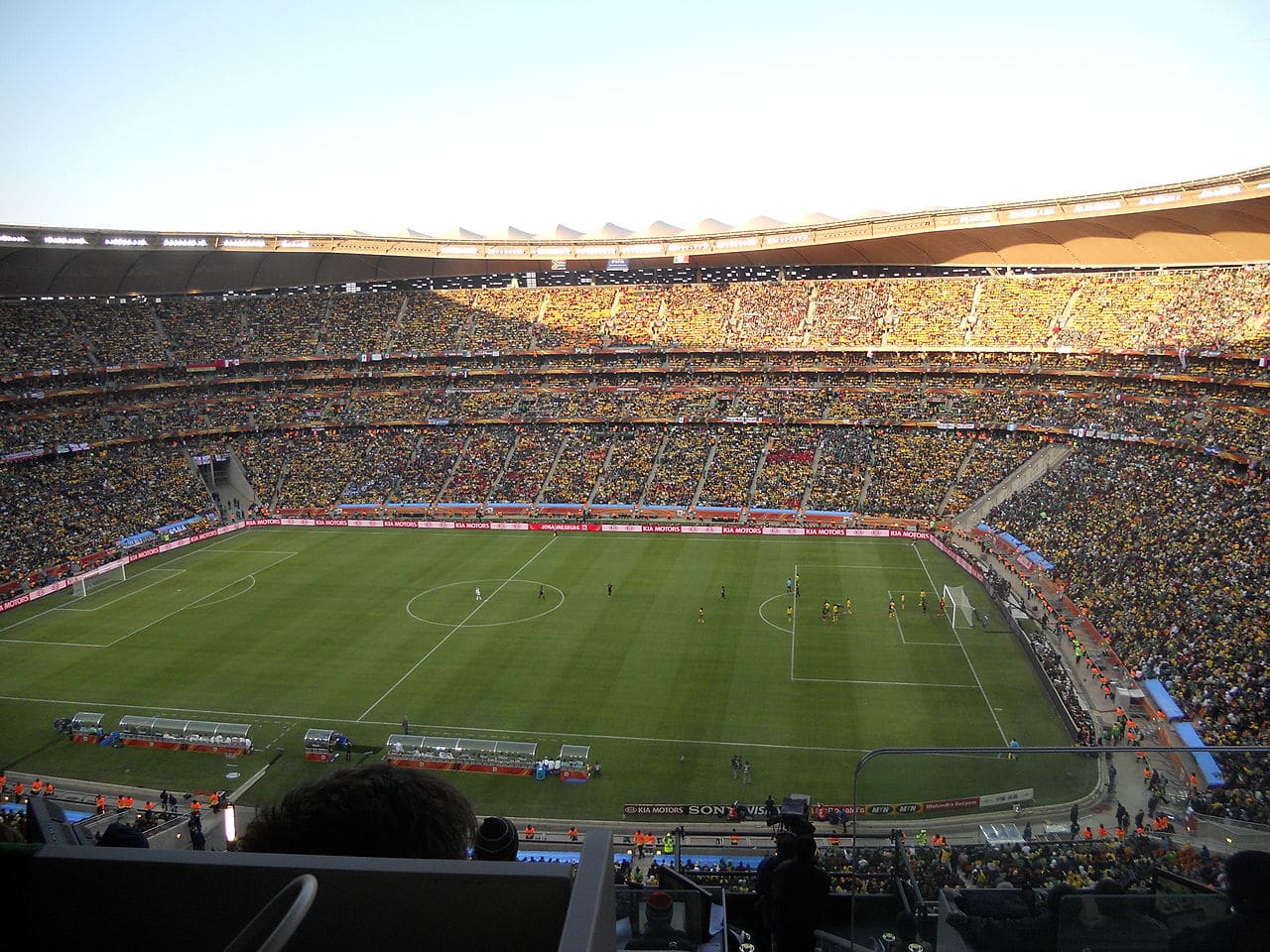 The Soccer City Stadium, which is also known as the First National Bank Stadium, is one of the largest stadiums in the world. Despite being opened in 1986, a lot of expansion took place before the 2010 World Cup. With a capacity of just under 100,000, Soccer City stands as the largest of its kind in Africa. For the World Cup, it may have been able to host only 84,490 spectators, but the maximum capacity is available for the games involving the South African national team and Kaizer Chiefs.

The ground has the nickname of ‘The Calabash’ as it is very similar to an African gourd or pot. Over the years, the location has gathered a lot of history since it has served as the place for several top football matches and it was also the venue for Nelson Mandela’s first speech since his prison release in 1990.

This is a pub that manages to deliver excellent food. It is especially famous for the burgers and pizzas that it delivers in outstanding time. The vibe is also excellent and it makes a great destination for watching football.

As its name suggests, this is a great pub for experiencing some excellent German food. This is also a great choice if you want to watch some sports along with live music, which is occasional. The location of the pub is also a huge bonus.

This manages to tick on the boxes – food, service, and music. It is one of the places to be when a fan is visiting Johannesburg to watch a game at the Soccer City Stadium.

Any visiting fan who reaches the FNB Stadium will feel at home thanks to the amazing atmosphere on offer. Despite being quite large, the stadium managers to offer a great ambience even when it is not completely full. The facilities provided by the management are extraordinary and it is not a surprise considering that the stadium underwent massive expansion only in 2010. All visiting supporters will be treated to a stadium that has good infrastructure, decent seating options, and plenty of avenues entertainment.

This Soccer City Stadium is situated in Johannesburg to the south-west of the city. It is about 8 km away from the central districts. For those trying to get to the FNB Stadium using the N1 motorway, the junction 67 that leads to Randskouweg has to be used. Then, they need to take the Rand Show Road until they reach the Nasrec Road’s T-section. After turning into the Nasrec Road and turning right, you will come upon the stadium. There are decent parking options once you get to the stadium.

The prices of tickets offered at Soccer City Stadium are very reasonable. It would typically cost around R$40. The tickets can be purchased online or at the stadium. The former will be preferred in the case of popular matches.

The FNB stadium managers to offer around 200 tickets for disabled fans. There are also dedicated parking spots in the ground that aid in easy entry and exit for disabled fans. Those with wheelchairs and companion assist would also be quite pleased with the facilities on offer.

Soccer City Stadium provides the option of being able to tour and look at the various facilities on offer. These tours are available only on Thursdays at specific times of the day. Each tour will last for around 60 minutes and it will comprise all aspects of the stadium. Apart from the current facilities, the tour will also go into a detailed look at the construction and architecture of the ground. The VIP areas are also covered as part of the tour, which will take fans through the various seating levels, ramps, and upper concourses. Each group will be able to accommodate only 60 guests and if there are more applying for a specific slot, they will be split up into multiple groups. A number of photo opportunities are also provided at various locations of the stadium.

There is no provision for taking an unguided tour or individual viewing. Some of the different types of tours available are group, student, and private tours.

Be the first to leave a review of FNB Stadium (South Africa)!