Ras Abu Aboud is one of the locations in Qatar that will host the 2022 FIFA World Cup. However, visitors planning a trip to Qatar this November ahead of the World’s biggest football tournament would want to ask a few questions. For example, where can one stay in Ras Abu About? Where is Ras Abu Aboud? Which FIFA World Cup 2022 matches will take place at Ras Abu Aboud? In this post, we answer the above questions and many others to help you plan adequately for the trip. Read further for more information. 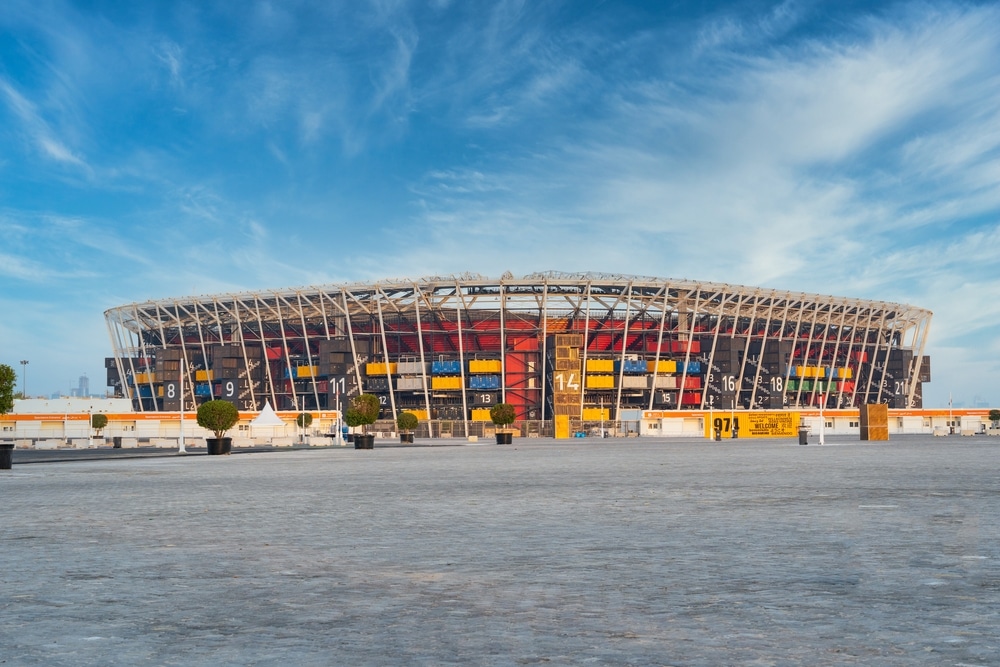 Ras Aboud is a Qatari district that is currently receiving millions of guests from around the world as the clock ticks towards the 2022 FIFA World Cup. Stadium 974 in Ras Abu Aboud Stadium is set to host several matches in this year’s World Cup in Qatar. The soccer arena is situated on the Gulf waterfront and it is the stadium is accessible via a taxi or a personal car. You can also use Uber or shuttle transport available at Ras Abu Aboud metro station, Golden Line in Doha.

Note that the metro station is the closest to Stadium 974 because it is only 800 metres away and 2km from the capital of Qatar.

Stadium 974 in Ras Abu Aboud Doha is sometimes referred to as Ras Abu Aboud stadium. If you plan to visit this part of Qatar ahead of the 2022 World Cup, note that there will 7 matches at the venue. The games at Stadium 974 will start at group stages all through to Round 16. With that, you should start planning for accommodation in any hotel facility along Marriot Doha Ras Abu Aboud Street.

Stadium 974 was the seventh to be completed of the eight FIFA World Cup 2022 venues in Qatar.

Now, let’s list the seven matches that you should plan to watch at Stadium 974 in Ras Abu Aboud, Qatar. But first, note that choosing a soccer match in Qatar depends on where your country's national soccer team will camp.

*All times are in London Local Time

Other Games That Will Take Place in Ras Abu Aboud

Ras Abu Aboud stadium, now known as Stadium 974, has a seating capacity of 40,000. An interesting fact about the 2022 World Cup stadia in Qatar is that all of them have the same seating capacity.

Notably, Stadium 974 is a temporary structure that will be dismantled at the end of the tournament. The venue that is situated along the Gulf coast is made of shipping containers. Visitors will have a stunning view of West Bay, an area that is popular with tourists. The company that constructed the venue wanted to use few materials hence the use of shipping containers. It will be easy to dismantle than the traditional stadium that uses concrete reinforced with steel and mortar. Moreover, the seats at the stadium in Ras Abu Aboud Street Doha are removable, which is the case with many other venues that have been set up for the big football event in Qatar later this year.

Ras Abu Aboud Stadium to be dismantled at the end of the 2022 World Cup?

The idea of dismantling FIFA World Cup 2022 stadiums in Qatar is replicated across other venues. While it is partly premised on environmental sustainability, charity work is also part of the idea. Stadium 974 is next to a waterfront and only 1.5km away from Qatar’s Hamad International Airport. It is also close to the Marriot Doha Ras Aboud Street where there are several luxury hotels.

Constructed from shipping containers, Stadium 974 will be completely demolished to pave way for a playground at the end of the tournament. Moreover, there will be no need for 8 stadiums in Doha after the 2022 FIFA World Cup. The material used in constructing the stadium will be donated to developing countries to promote soccer. The redevelopment of the site where Stadium 974 currently sits into a waterfront means the local people will have a state-of-the-art recreation facility.

Mexico vs Poland, a Group C fixture will be the first match to be staged at Stadium 974 in Ras Aboud on 22nd November 2022. The game will start at 19:00 local time. Thus, if you want to catch every moment of the action, book your accommodation at any hotel along Marriot Doha Ras Abu Aboud Street. Note that this will be the second Group C match of the tournament. The first Group C match will be Argentina vs Saudi Arabia and it will take place at Lusail Iconic Stadium in Lusail, Qatar.

How big is the Stadium in Ras Abu Aboud?

The FIFA World Cup Stadium in Ras Abu Aboud has a capacity of 40,000 seats.

When will the last match at Stadium 974 take place?

The last match at the arena will be a few of the Round 16 fixtures. The teams that will participate in this fixture will be revealed at the end of the group stage matches.

How can you book your stay at Ras Abu Aboud?

Visitors can book accommodation online or contact a travel agency in the city to help with hotel arrangements.