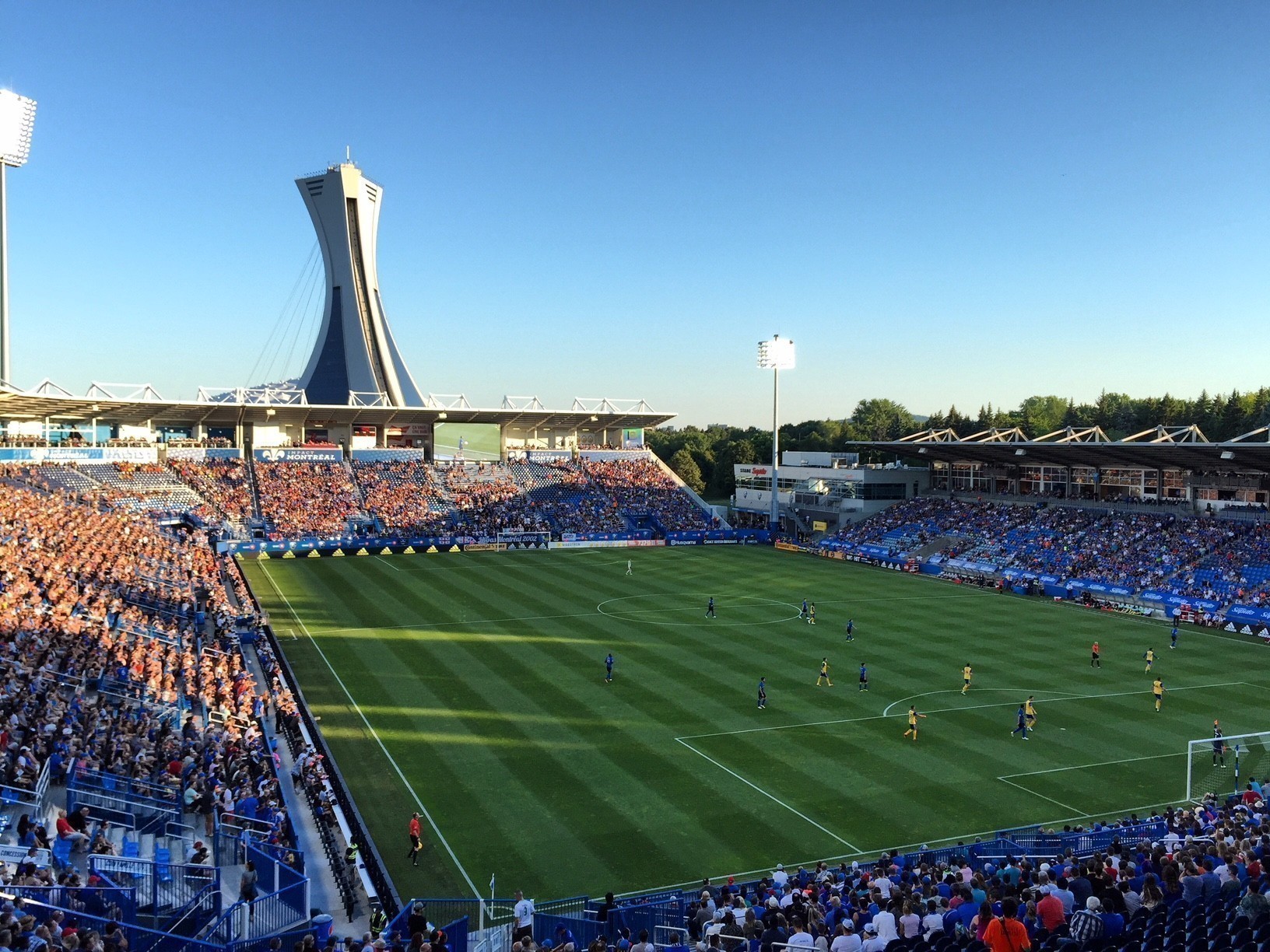 Built in 2007, Saputo Stadium initially served Montreal while they were playing in the North American Soccer League (NASL). It cost a reported $17m to build, $7.5m of which was donated by the Saputo family, owners of the club. The stadium was then named after the family, and also goes by the name Stade Saputo.

It opened on 19 May 2008 as the hosts played out a goalless draw with Vancouver Whitecaps. At the time it had a capacity of just over 13,000, and was built on the former athletics track of the 1976 Summer Olympics, while Saputo Stadium’s east side has a view of the famous Olympic Stadium tower. The venue also hosted a Canadian national team CONCACAF World Cup qualifying match soon after Montreal got their journey underway at the venue.

Prior to Montreal’s entry into Major League Soccer in 2012, plans were announced to expand the capacity at Saputo Stadium, with bigger crowds now expected. The Quebec government helped with the expansion with $23m, with total costs reaching $40m. It is now the second-largest soccer-specific stadium in the country, second only to the BMO Field in Toronto. The pitch was also boosted with an upgrade, receiving under-soil heating and a high-quality irrigation system.

Known as Montreal Impact back then, the club became the 19th franchise and the third Canadian city to join MLS behind Toronto and Vancouver. The developments didn’t quite go to plan, however, with the side forced to play their first six home matches of the season at the neighbouring Olympic Stadium due to issues with construction. But the second coming was a much more joyous affair, with the hosts beating Seattle Sounders 4-1 to open the new expansion in style in June 2012. The well-known venue in the city now plays host to the club’s administrative headquarters, and includes corporate suites, and player welfare and training areas.

The stadium expansion may be a big part of the club’s history, but it is not as significant as events that happened at the beginning of 2021, when the franchise rebranded from Montreal Impact to Club de Foot Montréal.

Joining the new name is a new logo, which is a circular crest in black, blue and grey, resembling a snowflake and highlighting Quebec fleur-de-lys. A further change includes the new motto ‘Droit Devant’, translating to ‘Always Forward’.

CF Montreal’s main supporters’ group are known as Ultras Montreal, or UM02, having been founded in 2002. Other groups include 127 Montreal, formed in 2011, and 1642 MTL, formed in 2015 and named after the founding year of Montreal. The club’s official mascot is Tac-Tik the dog.

The 2021 MLS campaign will be Montreal’s 10th season in the competition. The club are yet to win an MLS Cup, but have four Canadian Championships to their name.

Prices for Montreal matches range from CA$29 for a general admission seat behind the goals, to CA$89 for a central seat along the main stands.

Saputo Stadium is located towards the north of the city of Montreal. It is just over 6km from downtown Montreal and around 7.5km from Montreal Central Station. The venue is a short walking distance from Viau and Pie IX metro stations, both of which are on metro line one (green line) on the Métro de Montréal. From downtown, visitors can catch the line northbound towards Honore-Beaugrand, with the southbound towards Angrignon taking visitors back again. Olympic Park meanwhile boasts six underground parking lots.

Hotel Universel Montreal is the nearest hotel to the stadium, which overlooks Olympic Park and is a three-minute walk fromViau Metro station. Prices start from around $100 per night.

Hôtel Chablis Cadillac meanwhile is a three-minute walk to Station Cadillac metro stop, with prices starting from around $94.

Along with a range of match-day food options, outside the venue there is Restaurant La Belle Province, Resto-bar Le Toit Rouge, and Restaurant Pizzeria Hochelaga. Nearby pubs include Madisons NY Bar & Grill, with the club itself having close connections with a handful of pubs downtown, including Hurley’s Irish Pub, Pub Burgundy Lion, and Ciociaro Sports Bar & Grill.

Be the first to leave a review of CF Montreal!